Upgrading NCAA Sports to the 1990's: Break Out the Colors

Share All sharing options for: Upgrading NCAA Sports to the 1990's: Break Out the Colors

For most of us, the use of colored jerseys for home teams and white jerseys for away teams is as commonplace a sporting event as seeing each team with a head coach. (Well, it's not 100%; in some cases, the home team has the option of color/white and the away team gets the remainder; in others, the home team is in white. But you get the idea.) We all understand that it serves some functional purpose to place one team in white shirts and the other in dark shirts. We've even used a similar trick when playing "shirts vs. skins" in sandlot football or rec center pickup basketball.

The color difference makes it easier to keep track of teams.

Once upon a time, however, the white jerseys weren't always the norm. In fact, early games never had white jerseys. (For example, you could have seen the Harvard crimson and the Yale blue on the field back in the later 1800's.) The grand innovation that spurred the use of white jerseys was that magical electrical drug - television. When games started getting televised national (particularly in the '60s and '70s), many people had black and white televisions, and the color differences of many teams were lost in greyscale. Suddenly, red and blue could both appear as a dark grey. It wasn't too traumatic for the local folks who know how to identify their favorite team even without color, but it became an issue when, say, Oklahoma and Texas were broadcast to a national audience and granny with her 13" b&w screen could see the helmet logos well enough to tell which team was which.

So the NCAA mandated the use of white jerseys for away teams (I believe in 1983). By knowing where the game was played, you knew which team had the ball.

But black and white television slowly wound up in landfills and eventually went the way of the dodo sometime around the Brady Bunch. Yet since then, the NCAA has maintained a rule on jersey styles based solely on viewability on TV sets that were no longer produced.

We remember that USC wore their colors against UCLA this year, happily accepting the timeout forfeitures for increased fan and player interest. Wait. Let me repeat that. Increased fan and player interest. The effect was pretty cool, and it's nothing new. USC and UCLA used to wear their colors every time they met, as did many other rivalries, until TV demanded they place one team in white. Why can't we go back? Think of these rivalries for a bit, and imagine them in full dress. Your HDTV is salivating at the idea of showing them off for you...

Once upon a time, the Tennessee Volunteers and the Alabama Crimson Tide both wore their colors when they met for the annual grudge match. This was well before my time, but the stories suggest that the crimson / orange combination was absolutely stunning during the autumn when the very trees seemed to share the spirit of the rivalry: 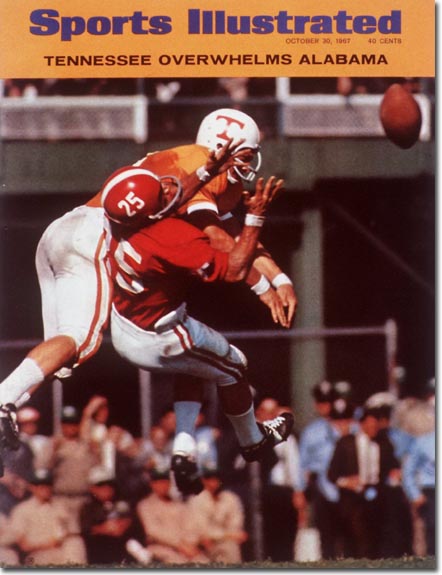 Cover by SI; hat tip to Watchman of 3rdSaturdayinBlogtober 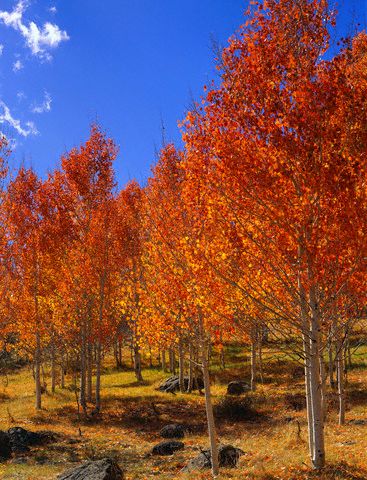 In a similar fashion, the annual nmatchup at the Texas State Fair would be stunning in a home/home jersey matchup. And this makes total sense: the stadium is nominally split 50/50 between Oklahoma and Texas fans; the location is as neutral as you will ever find; and the game projects to have conference and national title implications for many years to come. Why wouldn't you let the teams dress it up? Imagine these two teams sporting their finest duds on the same field... 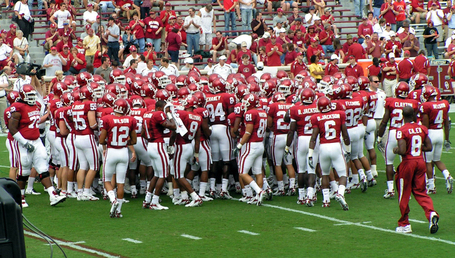 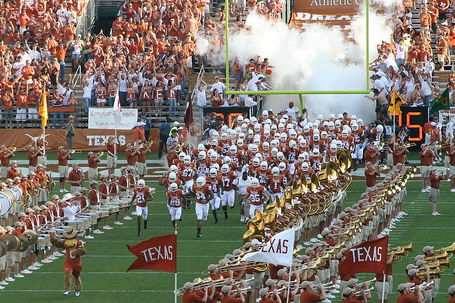 This rivalry especially points out the benefit. What do Oklahoma fans hate? Burnt Orange. Not White accented with Burnt Orange. For Texas fans, simply substitute Crimon for Burnt Orange and you have the idea. Beyond simply showing the school colors for eye candy for the faithful, you flaunt those very colors in the face of the opposing fans.

I honestly have no idea if this rivalry has its own name, and I'm too ambivalent the point to bother searching for it. However, given the amusing little ad taken out at the beginning of the previous season, it seems fitting that the home/home jerseys be used every year. Pete Carroll created a little buzz when he decided to forfeit one timeout per half in order to make this happen last year. (Click link for photo; I couldn't find a photo not restricted by copyright.) In my humble opinion, the effect was stunning, and honestly provided more interest than the game itself.

THAT REGIONAL RIVALRY UP NORTH

Somewhere up in American Siberia, an annual football game is sponsored by a cute little rodent and a nut. 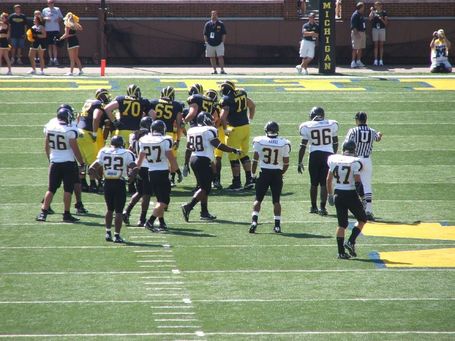 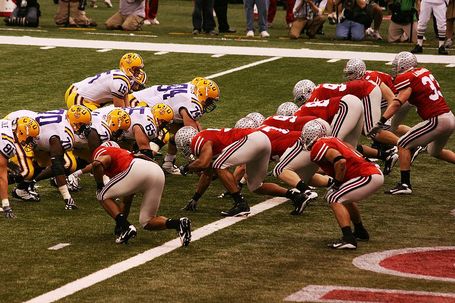 WHEN IT DOESN'T WORK

There are times where the home/home combination would be a significant detractor. Take, for example, a Texas / Oklahoma State matchup. Burnt Orange against Bright Orange (or whatever they call it) would be a mistake. Ditto for Alabama / Mississippi State, or Oklahoma / Texas A&M, or Oregon / Anybody. Not only would such matchups tone down the differences on TV, they'd make things harder on the players - particularly quarterbacks. That leads to more error-prone football, which nobody really wants to watch.

That's why I think the NCAA should let the teams work out the details for themselves. If they can agree on the colors (particularly for schools that use multiple home color schemes), let 'em do it. It doesn't cost any more to bring the home unis instead of the away unis. The fans would enjoy the effect. Televisions no longer have greyscale issues.

It's a free, simple, and easily-policed way to add more eye candy to the games in a way that has no downside. A rule as simple as:

Or sufficiently lawyered-up words to that effect.