Here is the first draft for Rocky Top Talk's ballot for the college blogpoll.  Discussion of the numbers in the computer follows after the jump, including one significant change to the computer system that (I think) will make the numbers a little more reliable.

For convenience, only the top 35 are shown.  I will probably put the entire list out later on in a dedicated post.

Visually, here's the distribution of scores among all 1-A teams: 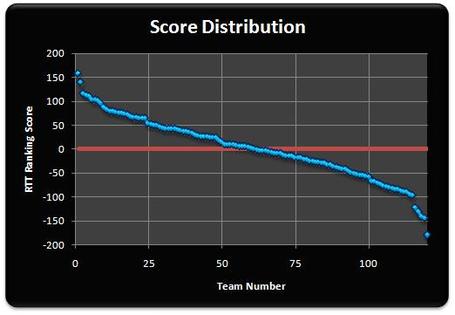 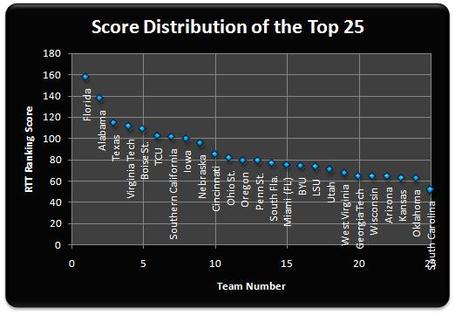 And a look at the conference averages: 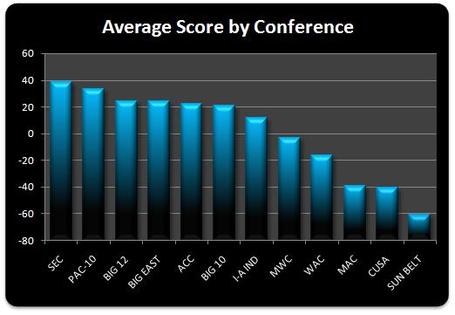 There you go.  Should any changes be made?  If so, what?  This is the draft, but the final ballot can have human overrides if there is sufficient reason to do so.