As is the custom, RTT's ballot for the SEC Power Poll is simply the results of the RTT computer rankings.  The full computer results and discussion follow below the jump, but here are the rankings: 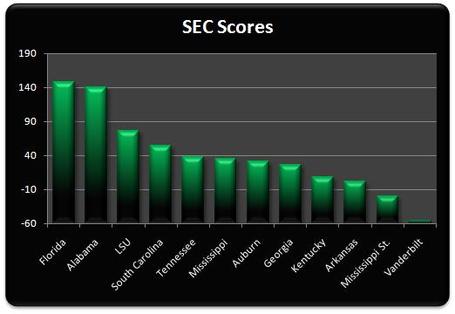