June 10, 2008:  Tha Carter III is released, selling more than a million copies in its first week of release

Carter III is the worst album EVA.  Lil' Wayne is nothing but hype.  He LUV hyping himself up and all dat...but he can't rap.

Lane is the worst hire EVA.  What a joke, yo!  haha.  How many games did he win in Oakland?  LMAO.  Vols got stuck with another LUZER coach.  See ya in October, Lane.  haha. 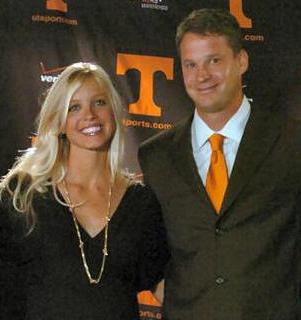 January 28, 2009:  Lil' Wayne's girlfriend, Lauren London, is rumored to be pregnant with Wayne's child.  Fans and haters alike comment that Wayne may have "outkicked his coverage" in landing London -- a certifiable hottie. 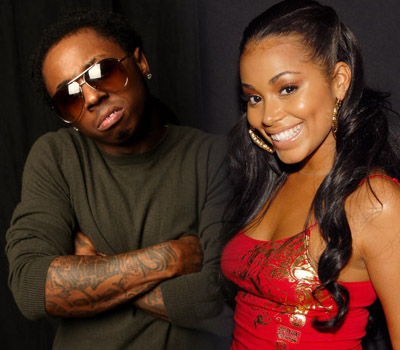 February 5, 2009:  Lane Kiffin infamously (and erroneously) accuses Urban Meyer of a recruiting violation while speaking at a breakfast for Tennessee donors.

February 10, 2009:  Lil' Wayne guest hosts ESPN's Around The Horn and says the following about Lane Kiffin.

I'm selling, I'm selling on Lane.  He reminds me of when Shaq did the rap about Kobe and then afterwards his excuse was that he was just trying to excite the people and the crowd.  He said...Lane said he was just trying to get the people in the room excited.  I just think he is....and then with these allegations...with the new facts that he was doing the same thing.  I don't believe in this guy.  I think they should fire him before the season starts.

March 9, 2009:  Kiffin allegedly tells Alshon Jeffery that if he signs with South Carolina, he will end up pumping gas for the rest of his life.

March 10, 2009:  Upon seeing this story reported on ESPNU, Lil' Wayne -- an avid sports fan who does in fact watch ESPNU -- turns towards Crunksacks, a loyal member of his posse, to relay what he just heard.  Neither Crunksacks nor Lil' Wayne believe the allegations to be true.  "Too preposterous," they say.

June 8, 2009:  T Kyle King articulates his opinion that there simply is no basis for believing Lane Kiffin will succeed.

June 10, 2009: I respond to Kyle's post and argue that there is a reasonable basis for believing Kiffin will succeed.

June 18, 2009:  Lil' Wayne -- an avid sports fan known to lurk on sbnation sites -- considers all of these arguments, then raises both eyebrows in a way that says "I am persuaded that Lane Kiffin will succeed at Tennessee."

August 14, 2009:  In a random conversation about music with my friend Tony, I state the following:

Please don't tell me you are all on some Lil' Wayne.  Seriously.  Actually...go ahead and say that Lil' Wayne is best rapper alive so that I can proceed to punch you in the face.  Just because dude says he is the best doesn't make it true.

September 19, 2009:  Tennessee, a 30 point underdog by kickoff, loses to Florida 23-13 in a very competitive game.  Urban Meyer is embarassed that he couldn't run up the score.  Meyer blames the lack of offensive output on the swine flu epidemic, even though there aren't any Florida players who actually have the swine flu.

Kiffin is brash even in defeat, asking the sideline reporter to repeat herself in the post-game interview because Rocky Top was playing too loudly for him to hear the question.  He is then asked whether he would at least hum Rocky Top to at least partially celebrate a closer-than-expected game.  His response -- which is my personal favorite -- went a little something like this:

September 20, 2009:  Kiffin is asked about whether, in view of Meyer's comments, he was concerned about a flu outbreak for his team.  Kiffin's response:

We'll wait and see, and after we're not excited about our performance we'll tell you that everybody was sick.

September 21, 2009:  Lil' Wayne -- an avid sports fan -- observes the Meyer/Kiffin back-and-forth and solidifies his burgeoning hunch that Kiffin is awesome.  So much so, in fact, that he decides to reference Kiffin on his upcoming mixtape.

October 21, 2009:  Kiffin takes an indirect shot at Urban Meyer and the Gators with his comment that the A.P. Poll -- the only poll that had Alabama ranked #1 -- is the one that "got it right" and that Alabama is the most well-coached team the Vols will face all season.

October 24, 2009: Tennessee loses a hard fought battle to Alabama on a last second blocked field goal.  Kiffin defends his decision not to run another play before the field goal to gain some additional yardage because he was afraid that the officials might throw a "magical yellow flag" and push the Vols back out of field goal range.

October 28, 2009:  Lil' Wayne releases the track Banned From TV off the No Ceiling mixtape.  The track includes the line "smoke weed, talk [fulmerized] like Lane Kiffin."  Upon hearing this line I immediately change my opinion of Lil' Wayne and download Carter III.  I listen to the track several times, and note that Lil' Wayne also makes reference to my favorite tennis player, Rafael Nadal.  The Nadal reference makes me like Wayne even more.  But, really, he had me at "talk [fulmerized] like Lane Kiffin."

October 29, 2009:  I inform my friend Tony that I am now fully on board with Lil' Wayne.  Tony shakes his head in disbelief.

October 30, 2009:  Layla Kiffin denies speculation that she will pose for the SI swimsuit edition.  Vol and rival fans alike continue to comment that Lane "outkicked his coverage" in landing Layla.

October 31, 2009:  My friend Stephanie casts substantial doubt on the rampant speculation that Lane "outkicked his coverage" with the following emphatic statement, uttered during the South Carolina game:  "Lane is hot.  I'd do him." Stephanie's boyfriend, who is sitting next to her on my couch, does not seem phased by this comment.

October 31, 2009:  After watching the Vols come out in their black uniforms and soundly defeat South Carolina, Lil' Wayne records this clip -- which further references Kiffin and the Vols, and puts to rest any rumors that his initial reference to Kiffin was actually a jab.

"....shout out all my people at ESPN, shout out Lane Kiffin and the whole Tennessee Volunteers team. I heard they [the University I believe] don't indulge in the things that I said because I said 'smoke weed talk [fulmerized] like Lane Kiffin' but Lane what you don't know is you gonna be sittin' in some recruit's living room and his mother is gonna call him from the back room and he's gonna come up front listenin' to an iPod. On his iPod he's gonna be listening to 'smoke weed talk [fulmerized] like Lane Kiffin' and you'll be able to say 'hi son, I'm Lane Kiffin I'm who he's talkin' about' and you just may get a recruit because of that. Don't thank me, just apologize for not thanking me.

Naw, but for real though, I rock with you Lil' Lane. I heard that's your new name they call you Lil' Lane. And all them boys over there at Tennessee, I rock with y'all!! And y'all stumped ummm I watched y'all stump South Carolina tonight y'all did y'all's thing. I am a big fan of the Ole' Ball Coach, but y'all did y'all's thing tonight and I rocks with y'all. I LOVE the black and orange jerseys you killed 'em, thank you...."

November 7, 2009:  While sitting in the back row of my buddy Nooj's wedding, I turn to my friend Tony, who is sitting next to me, and excitedly tell him that Lil' Wayne once again "co-signed" Lane Kiffin.  Tony glances down at my pants and says "You need to calm down man, I think you're getting a little bit of movement down there."

Quickly realizing that I have no suitable comeback for Tony's clever jab, I cease my excited whispering about Lil' Wayne.  I swivel my head back towards the ongoing ceremony, and resume watching the lovely exchange of matrimonial vows.  The ceremony is beautiful, the ensuing reception is a blast.....and that Lane Kiffin is the man!