The Orange and White Game: The Father/Son Picnic

Share All sharing options for: The Orange and White Game: The Father/Son Picnic

Two Saturdays from now, the Kiffins will be hosting the largest Father/Son picnic in Tennessee.  I don't know what the exact figures are, but I've heard that they may try to get as many as 60,000 to 70,000 people into Neyland stadium while the defense of Kiffin the Elder locks horns against the offense of Kiffin the Younger.  It'll be a fun little outing, though you're on your own for picnic supplies; they're only bringing the entertainment.

But since they're so nice to have a get-together, we want to gauge the interest in a RTT community get-together of some sort.  It'd probably be best to think simple and easy - something that ties people up minimally.  Perhaps meeting shortly before going into Neyland and sitting together.  Perhaps meeting shortly before or after the game for a bite to eat.  Nothing extravagant.

If you have any interest in a get-together of some kind, give us some feedback in the comments.  If there's enough interest, we'll plan a simple meeting point and course of action, but we'll leave things as open as possible.  It's bad enough to make plans to go to a scrimmage; we're not about to try to make an entire day out of it or anything.

Either way, be sure to get outside for a while this spring.  It's just way too beautiful in East Tennessee to not enjoy the blooms! 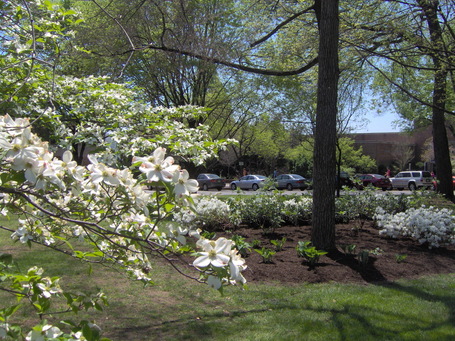 (And yes, I'm sticking with the Father/Son Picnic meme.  When Joel left this gig in my hands, he left it at the mercy of my lousy sense of marketing.  Mwa-ha-haa...)