It's ... ALIVE!!! The New Neyland Stadium JumboTron is On

Share All sharing options for: It's ... ALIVE!!! The New Neyland Stadium JumboTron is On

I just received a call from the better half.  She's on scene (well, on campus, which is incidentally on scene) and informed me that they're running test patterns on the screen right now.

With luck, we'll get some photos from her that show the screen with shiny things going one shortly.  If that works out, I'll post them here.  But until then, Gate21 has you covered with a nice montage of photos of the new (and old) screen(s).  You might want to hurry, though; the pictures at the Gate are from a guy's photobucket list, and we all know what happens with photobucket pictures over time. 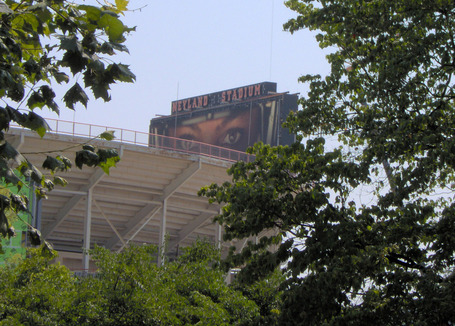 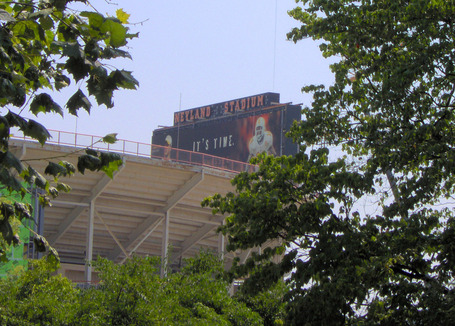 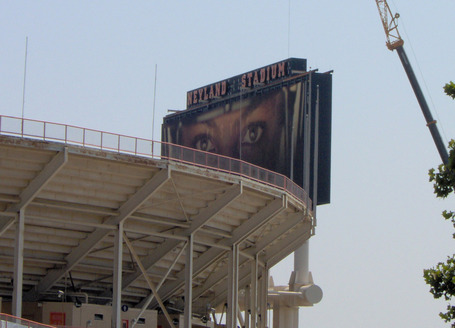 You can see the screen in transition in this shot. 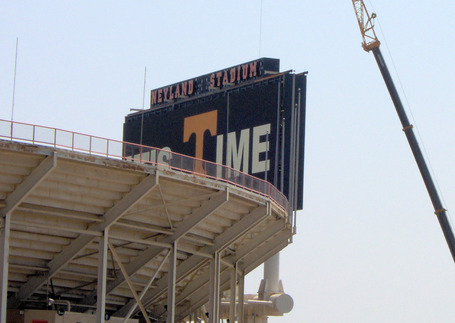