Share All sharing options for: UNAUTHORIZED FOOTAGE: A sneak peek into Western Kentucky

Recently, I have been given some insider information into the inner workings of the Western Kentucky football program.  If you stop and think about it for a moment, you really don't know a whole lot about the Hilltoppers.  You know they've just moved up from 1-AA, that they had an off year last year, and that they run some type of a spread offense alongside a base 3-4 defense.  The reason for this is that WKU is surprisingly secretive about their training programs, and the information that's generally available is really a whole lot of deflection to keep people from understanding what they're doing.

But thanks to an anonymous-yet-reliable source, I have some footage about the WKU program that you will want to see.  They're unorthodox, to say the least, but definitely not in that Clawfense sort of way.  How far will it take them?  I haven't a clue, and I have no idea how to judge this sort of thing.  You'll just have to see for yourself. 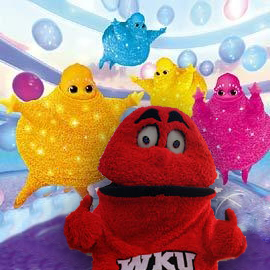 My source had to cut off early before getting caught; we're lucky to have the tape that we have, so please excuse the blank second half.