A Photo-Essay of the Tennessee - Western Kentucky Game

Share All sharing options for: A Photo-Essay of the Tennessee - Western Kentucky Game

We managed to procure a Canon SLR for the game and take a few pictures of the game from the student seats (section E, row 25).  Since each picture saves me a thousand words of typing, I'll jump straight to the chase.  (Click the links in the captions to bigify any picture.) 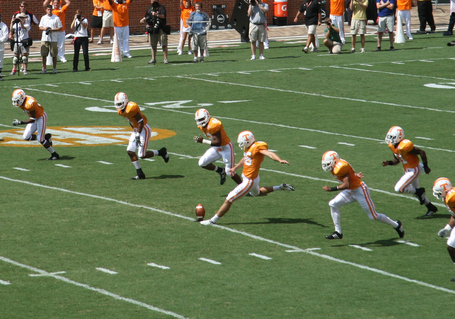 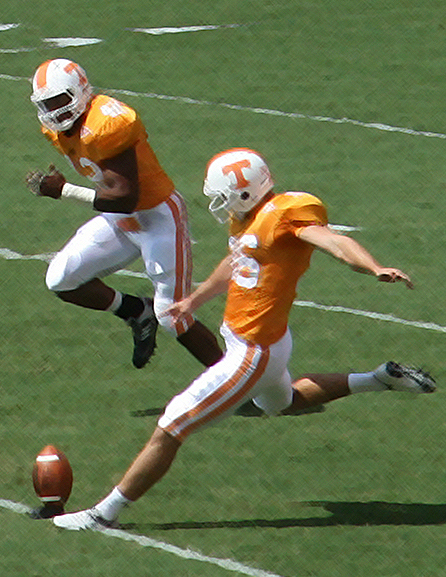 A little Photoshop embellishment for poster-making if you want. 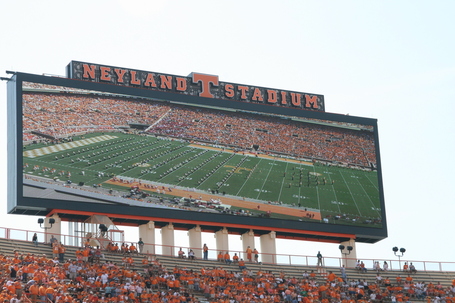 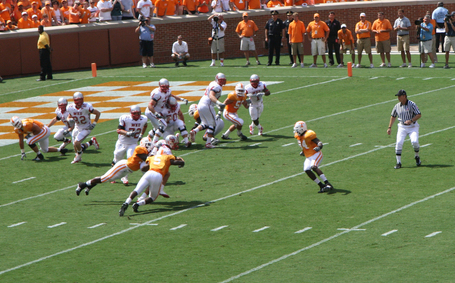 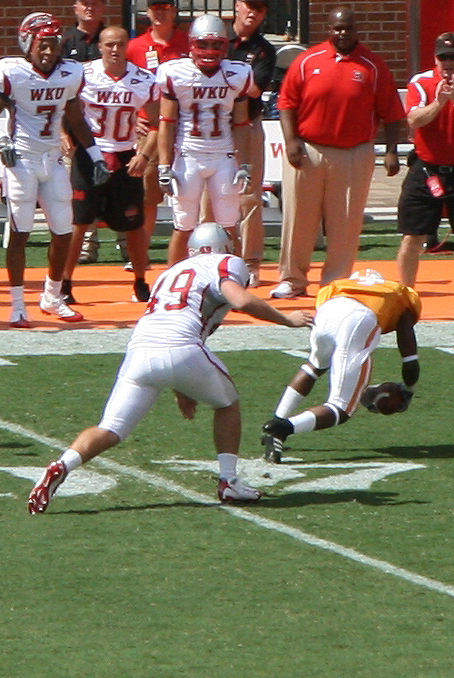 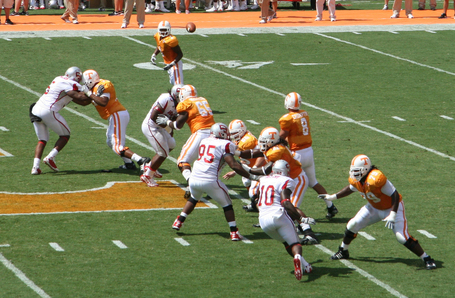 After a year of searching, Crompton finds Warren. 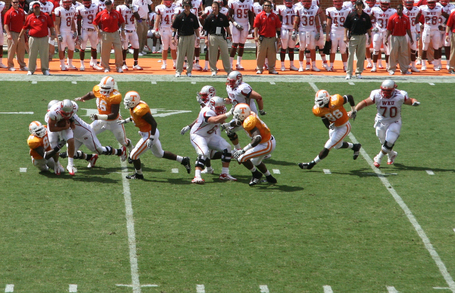 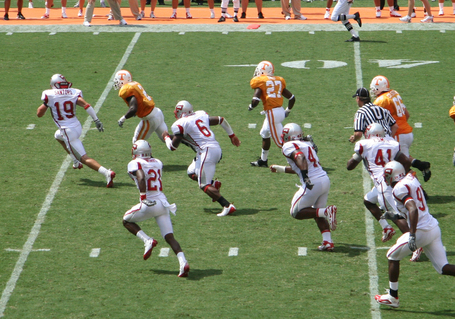 Not to be outdone by the defense, Hardesty is also on the other side of the line. 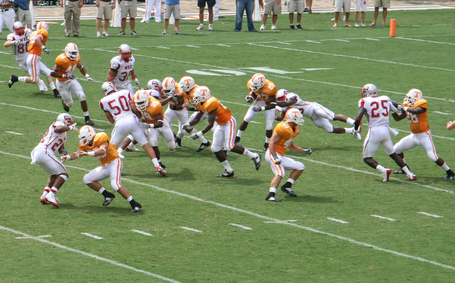 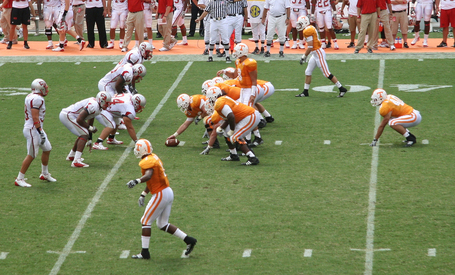 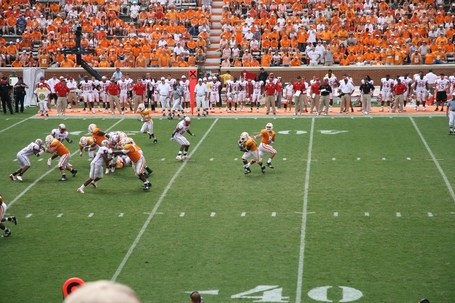 Bryce Brown gets the ball.  See the next two pictures for close details. 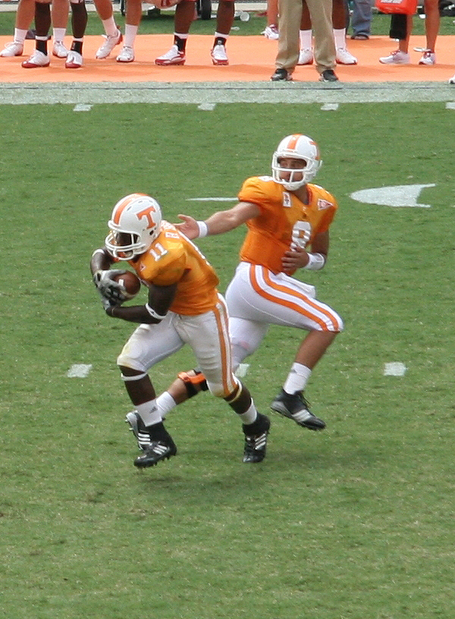 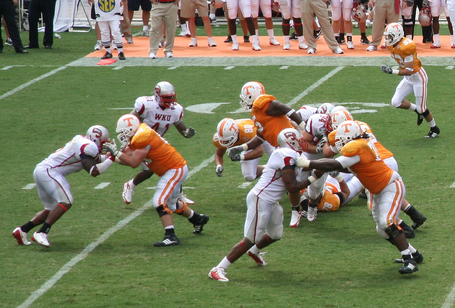 The blocking at the moment of the handoff.  Note that the linemen have already engaged the linebackers.

This is what zone blocking is intended to do. 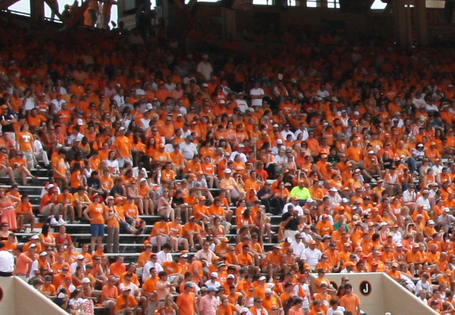 In a Sea of Orange, one man is indeed an island.  (Big picture is panoramic.) 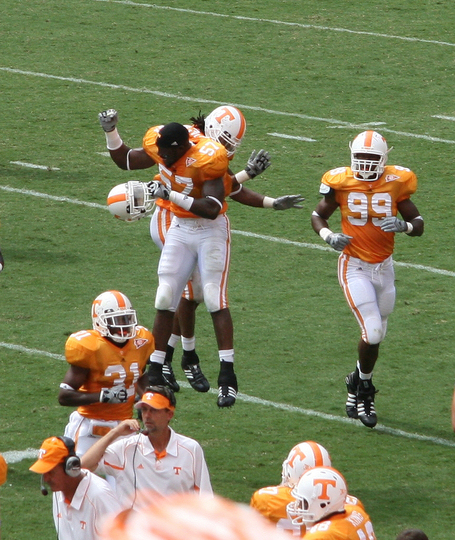 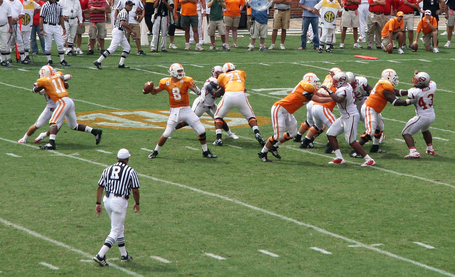 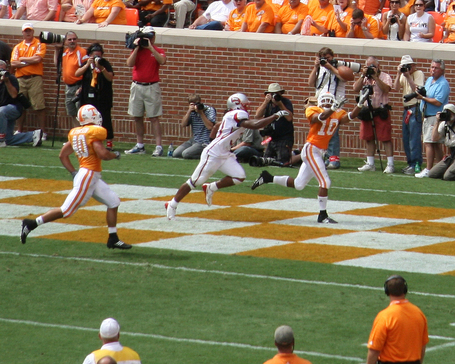 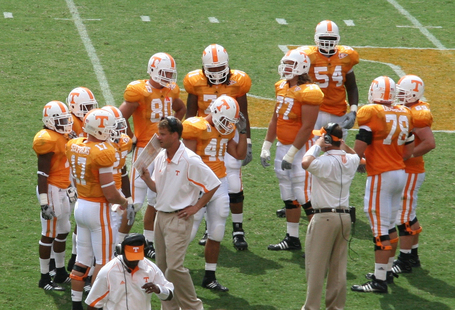 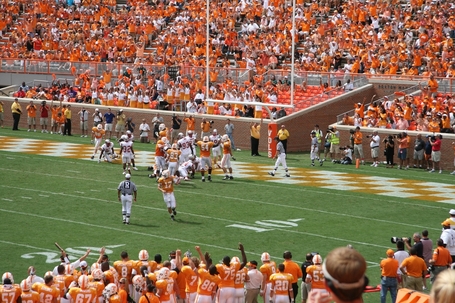 Nick Stephens:  Whatever you say, boss. 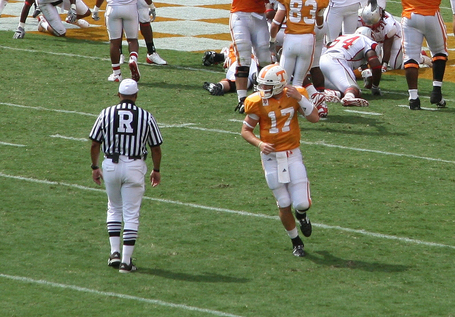 Nick Stephens to the referee:  It's all part of The Plan. 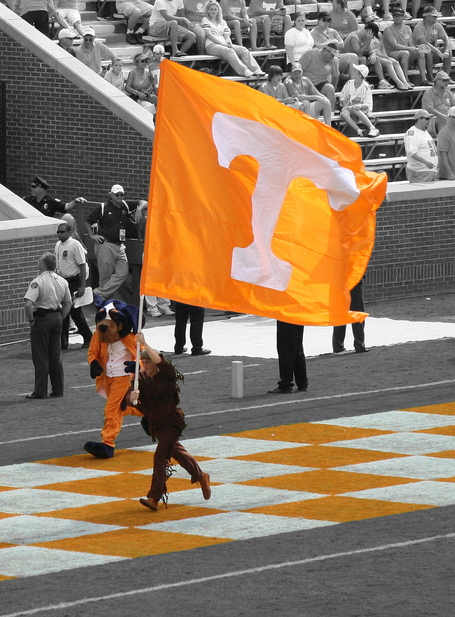 Get used to running, buddy.