Share All sharing options for: Exhibit B: the 28 + 15 = 43 yard pass completion that clearly wasn't

2. To the extent one could argue that you can't clearly tell that it's not a catch*, the only conceivable way that it could have been a catch based on indisputable video evidence, is if said catch took place while the receiver was no longer within the bounds of the playing field.

3. Not only did Janzen Jackson not lead with his head, Janzen's helmet never appears to even make contact with the receiver.  At all.

In support of these conclusions, I will give you no more prose.  I will let the pictures do the talking.

*To be clear, I'm stating a hypothetical argument that could potentially be made by a very very stupid person or a person who might be legally blind.   Conclusion 2 should really never even come into play....it wasn't a catch. 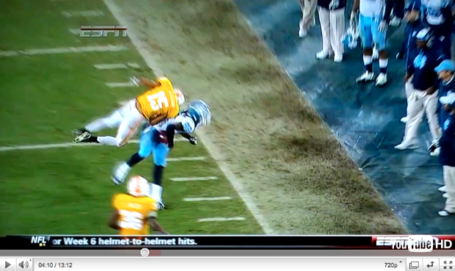 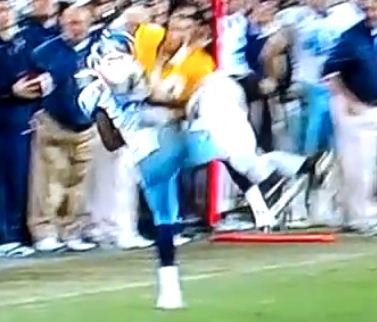 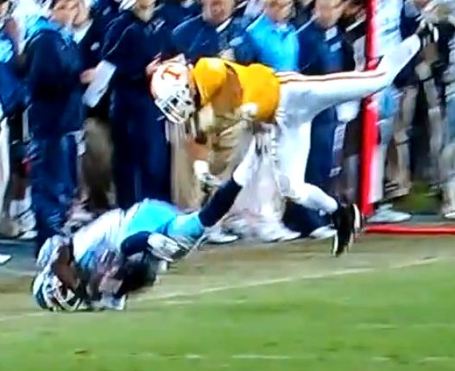 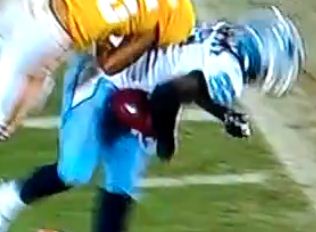 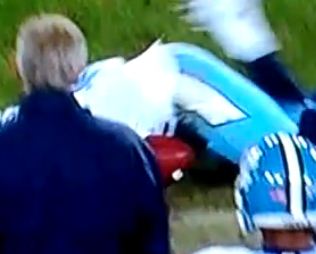 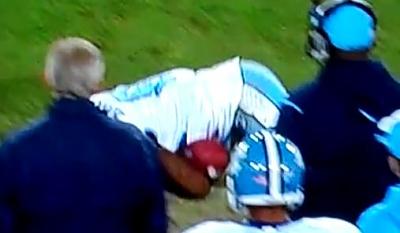 To be fair, I'm not very smart -- just a mere UT grad -- and really long and complicated words like "indisputable" have always given me fits.  So what would be great is if a UNC grad would help me out by explaining what that fancy word means.  Specifically, I would love to hear an argument that the video evidence -- from which these low quality still images were derived -- shows something other than indisputable non-possession.  Go!