What Da'Rick Rogers, Derek Dooley, and the Vols Want and are Getting for Christmas

Share All sharing options for: What Da'Rick Rogers, Derek Dooley, and the Vols Want and are Getting for Christmas

It's Christmas list time, Tennessee Volunteer style. Here's what our favorite guys are asking for . . . and what we're getting them instead.

What Da'Rick Rogers Asked For: The Coleman LED Rechargeable Spotlight. It's mobile. Rechargeable. Screams "Look At This!" It has "2.5 hours of runtime on a single charge, or indefinitely when plugged in" and a "convenient trigger switch" that turns it on and off. Some gifts were made special for some people.

What Da'Rick Rogers Is Getting Instead: A copy of Dale Carnegie's How to Win Friends and Influence People. That shouldn't be hard to find, but Plan B is a Brain. You know, like the Scarecrow in Wizard of Oz. It's not an indictment of Rogers' intelligence -- I have no data on that. It's to help him mature from youthful foolishness to wisdom. It's also important to note that the old Wiz didn't actually give the Scarecrow (or the Tin Man or the Cowardly Lion) anything in that final ceremony other than a mere trinket acknowledging that which they already had but didn't know they possessed. Rogers has talent. He has confidence. He probably has a modicum of wisdom, too, but he needs to use it, and Dale Carnegie, who says success can be attributed "15 percent to professional knowledge and 85 percent to the ability to express ideas, to assume leadership, and to arouse enthusiasm among people," can help. Time to work on the 85%, Mr. Rogers. Go out there and win over and lead your teammates. Foster chemistry rather than threatening it. If you do, the yards and the TDs you desire will follow. But if you go after the yards and TDs to the exclusion of the other, you'll miss out on 85% of your potential, and we'll start calling you Mr. 15%.

What Derek Dooley Asked For: A Novelty Distorted Watch by Control Brand, a Delorean ("you know, like the one in that movie?"), an auto-renewing subscription to Time, and a butt-cooling office chair, which actually looks pretty . . . cool . . . if you can either ignore or process all of the Nihongo.

What Derek Dooley Is Getting Instead: Perfect Timing: How Isaac Murphy Became one of the World's Greatest Jockeys, by Patsi B. Trollinger. Heh. I did not make up that last name. Here's the thing, jockeys are tiny men controlling huge animals made and conditioned for sport. Good ones get the most out of those things by knowing when to unleash hell with the crop and when to ease off because the horse is already giving its all and another lashing would start down a slippery road of diminishing returns. Praise and criticism, kudos and cajoling, pushing and pulling and resting, it must all be used in the right balance to achieve the right results. Those little men know how to turn things bred for talent into champions. Yeah, there's some timing involved, but one must use that time well.

What Tennessee Fans Are Getting: For the optimists, a free copy of Water the Bamboo by former Oregon basketball player Greg Bell with every purchase of a ticket to a sporting event. (By the way, check out all of the cool things you can make with bamboo.)

For the pessimists, this: 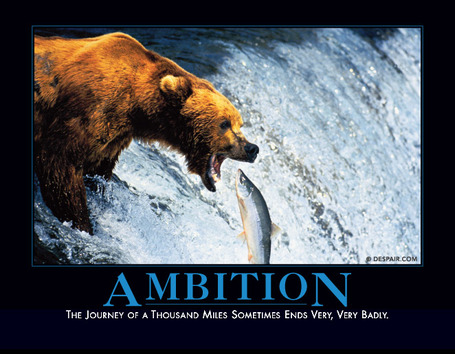 What Justin Hunter Asked For: A shiny brand new ACL and the best orthopedists and rehab facilities in the country.

What Justin Hunter Is Getting: Shoot, that sounds pretty good to me.

What Tyler Bray Asked For: A USB Hamster Wheel, a Screaming Slingshot Monkey, a pair of Handerpants, and a bacon tuxedo. 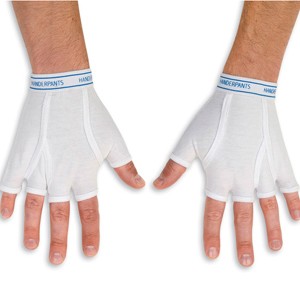 What Tyler Bray Is Getting Instead: A copy of Your Brain at Work: Strategies for Overcoming Distraction, Regaining Focus, and Working Smarter All Day Long. That and the Handerpants, because I'd love to see him actually sport them during a game.