Lady Vols Basketball: The Race to Complete the Depth Star

Share All sharing options for: Lady Vols Basketball: The Race to Complete the Depth Star 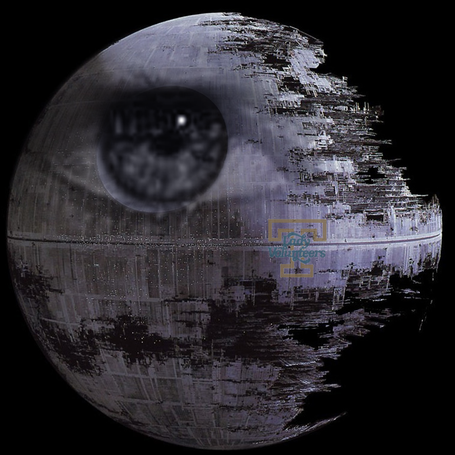 The Depth Star might not be complete, but the Death Stare is armed and fully operational.

At 22-2 overall and 12-0 in conference, the Lady Vols stand in good position to not only win the SEC outright, but to grab a #1 seed in the NCAA tournament.  The SEC crown is all but wrapped up; with a three-game lead over Georgia and only four games left for either team (including their only meeting this season), the equation for the remaining games is simple: (Tennessee Wins) + (Georgia Losses) >=2.  If that happens, Tennessee gets the top slot in the conference tournament.  With three of the remaining games at home and the fourth against struggling Ole Miss, it's hard to see how that doesn't happen on Tennessee's wins alone.

The #1 seed carries a slightly tighter window of opportunity.  With Baylor and Connecticut apparently on their way to the top two #1 seeds, the two remaining seeds appear to belong to Stanford and Tennessee as of today.  Whether Tennessee is ahead of or behind Stanford is debatable, and depends on how you consider the win over Stanford back in December.  Either way, however, the margin between the Tennessee/Stanford line and the next few teams is small.  A loss by either Stanford or Tennessee, and a very real possibility exists that a team like Duke or Texas A&M could steal a #1 seed, especially if they win their conference tournament.

So Tennessee has a #1 seed waiting for them, but in all practicality they must win out to get it (and perhaps even win the SEC tournament).  the top seeding would be even more secure if the Lady Vols hadn't left themselves susceptible to doubt by critics; the inconsistency of play that has been so frustrating to coaches, players, and fans alike are directly responsible for the Georgetown loss, the large halftime deficit against Baylor, and the adrenaline-exhausting wins over Kentucky and Vanderbilt.  Earning NCAA tournament seeding is similar to a football player's NFL draft stock: it's more important to not give reason to doubt than it is to give reason to believe.

Tennessee has given plenty of reason to doubt - enough so that the question can be academically raised whether Tennessee should be considered a Final Four favorite, even with a #1 seed.  I always consider such questions fair game, as answering them honestly tends to give valuable insight and helps remove the jersey-colored glasses we view our favorite teams through.  The Lady Vol have been the model of inconsistency this year, but projecting Tennessee's chances in the tournament depend entirely on understanding the source of the inconsistency, how it is being addressed, and whether it can be resolved in time to eliminate the roller-coaster play by tournament time.


How We Got Here

Understanding why the Lady Vols are still searching for their best basketball is simple: injuries.  Interior players Alyssia Brewer and Vicki Baugh both suffered injures that not only kept them out of games but cost them a tremendous amount of practice time.  Brewer's injury came from a piece of glass that ended up requiring Achilles tendon surgery, and Baugh's multiple injuries to her left knee have left her in rehab for most of the last two years.  The third true post player, Kelley Cain, has had knee issues for years and has been constantly monitored in games and in practice to ensure that she gets sufficient rest and recovery.  (For all the frustration some fans feel about Cain's lack of jumping or diving on the floor for loose balls, if she were to suffer a knee injury, Tennessee would have been left without any true post players for most of this year.  The girl knows what she can and cannot do, and she does her thing very well.)

On the perimeter, no need has been more glaring than the lack of a dominant point guard since the departure of Shannon Bobbitt.  Local Maryville star Cait McMahan could have been exactly that player, but her knee injury and subsequent departure from the team left a huge void.  In the previous two years, Shekinna Stricklen has filled the role as best as could be expected, but she's a forward/wing player who would much rather not run the point (and understandably so).  While the troubles of the team the last two years have been attributed to a lack of toughness, it should be neglected that the team has been without a point guard for some time, and using forward in lieu of guards has left their defense susceptible to smaller, quicker players who can dribble-drive.  (This is also why Tennessee has suddenly found the utility of a zone defense the last few years.)

Freshman Lauren Avant was brought in to fill exactly this void, but she has suffered several injuries, including a shoulder injury in a car accident that still requires monitoring from the trainers to avoid sport-related complications.  In the ESPN article linked in the previous sentence - a must read for any Lady Vol fan who doesn't understand Avant's injury history, this little piece of history is worth noting about the guard who just lit up Vanderbilt in Memorial Gym:

Avant's basketball has exacted a physical toll. Her early commitment to Tennessee has made her a target in high-school and club ball and she is a slashing, penetrating guard who does not shy away from contact. Physical distress is such a constant companion, Avant can recite her litany of maladies as if it were a playlist on her iPod:

That was all in high school.  Since coming to Tennessee, Avant suffered a sprained ankle early in the season and had illnesses slow her down since.  It's no small wonder that Tennessee continues to suffer at the point position.  The upside is that Avant was once regarded as the #4 overall prospect in the nation; it was the car accident and subsequent loss of performance that dropped her, not any loss in basketball IQ or ability when healthy.

The injury list continues.  Amber Grey decided to transfer from Tennessee to Xavier as a consequence of a brain aneurysm.  Taber Spani must occasionally get rest because of a tendency toward turf toe.  Angie Bjorklund is now out for an ankle injury, and is being brought back online slowly to ensure proper healing.  Seriously, if you do a Google search for a name of a Lady Vol, in most cases the phrase "<Lady Vol> injury" will be one of the first options in the suggested search terms.

While We're at It - How Much Do We Miss Cait?

Cait McMahan came in for the 2006-2007 season, but then redshirted the next year and eventually left due to injuries after that.  Had her injuries healed so that she could have played with Tennessee throughout her eligibility, this year would have been her senior year after redshirting.  She would have been the point guard for the previous two seasons as well, filling the the single most glaring void on the team since the end of the Parker era.  Try to imagine this team with a fifth-year senior Cait running the point, with Stricklen having played wing/forward over the previous years, and with Simmons playing throughout the season at the shooting guard position.  Other than injuries, the lack of a point guard (which was itself caused by injury) has been the single greatest detriment to the team over the last three years.

The Goal is Tomorrow, not Today

Pat Summitt postgame press conferences have had an edge of the surreal over the last few weeks.  Even in abysmal performances like the Vanderbilt first half, Summitt tended to accentuate the positive rather than dwell on the obvious negatives.  For a coach who tends to lead by addressing and eliminating the negatives, it's a bit of a rhetorical switch.  But I believe the reason for her change in focus is that the goal is not ultimately to win today (though anybody who follows Summitt knows she won't suffer a loss either); the ultimate goal is to peak in time for the NCAA tournament.

Tennessee is still working in Baugh and Brewer at the post.  Both are seeing continually increasing minutes (and, blessedly, Cain is getting some relief), but neither are getting worked in quickly.  At guard, Kamiko Williams has been slowly seeing minutes increase over the season as she's shown considerable improvement over last year.  Yet those minutes, again, are slowly on the rise.  Now that Meighan Simmons is slumping, the benefit of easing Kamiko into the rotation has been clear; she's fresh and comfortable in her role, and she's been a tremendous asset in stabilizing the guard rotation with Bjorklund out.

Lauren Avant now joins the list of players on the court after rehab.  Her performance at Vanderbilt was possible only because the trainers felt comfortable with her physical health, and because Mickie DeMoss believed that Avant was ready to turn the game on its head.

One Step at a Time

After admittedly trying to rush player development too quickly in the post-Candace 2008-2009 season, the coaches are intent on pacing the players this year.  It's causing growing pains in the middle of SEC play as players who haven't played are getting their game legs under them and players who have are adjusting to the new faces on the court in live action, and this is likely a part of the continued problem of turnovers and a lack of assists on the team.  With so much personnel transition, the team has leaned on their athleticism and depth to win individual battles on the court until the communication and the sense of team coordination fully mature.

When Tennessee lines up against South Carolina this Thursday, the real storyline won't be whether Tennessee wins convincingly or if they play another flat first half.  Instead, the key is the number of minutes logged by the returning players and if their performance is improved from the last outing.  The usual suspects (Glory Johnson, Shekinna Stricklen, Kelley Cain, Taber Spani, Alicia Manning, Kamiko Williams, Brianna Bas, and Meighan Simmons) will give what they always give, so the focus will instead be on Lauren Avant, Vicki Baugh, and Alyssia Brewer.  How many minutes do they get?  How is their individual play?  How well do they cohere with the rest of the team?  Those questions are the ones that need answering as Tennessee prepares for postseason play.

Can Tennessee pull everything together in three weeks?  Nobody knows.  The time may be short, but the pieces are being worked together.  When healthy, Tennessee brings the deepest roster of any team with a real chance to win the NCAA tournament.  When coherent, that depth can bring 40 minutes of high-intensity basketball that will cause severe problems to opponents on the second game of an NCAA weekend.  If the coaches and trainers can finish assembling the Tennessee Depth Star in time for the tournament, this may yet be one of the finest coaching jobs in the history of Tennessee Lady Vol basketball.

Either way, Tennessee will be the most intriguing team to follow of all the high seeds in the tournament, simply because we won't know what we have until we get there.