The Craig James Memorial Trophy will annually recognize the outstanding college football analyst whose performance best exhibits a relentless pursuit of analyzing stuff you know nothing about, a tireless willingness to troll for clicks, and a selfless effort to meet a word count, regardless of the cost to the English language.

Last week's runaway nominee was the ever-sultry Chris Low of ESPN, despite a late surge from Paul Myerberg of Pre-Snap Read (and also apparently some newspaper in NEW YORK CITY.) We've got a full ledger this week, with nightmarish flashbacks to a time of unspeakable evil, Kierkegaardian nothingness, and a nomination that includes... wait for it...
CRAIG JAMES 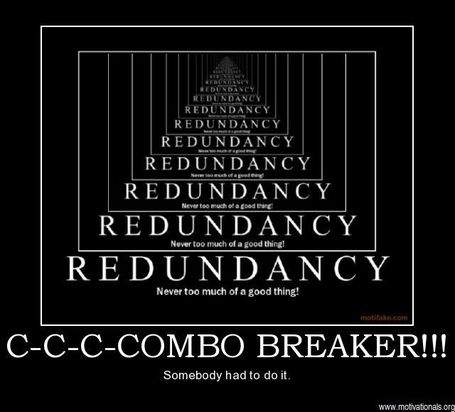 This week's nominees and the poll, after the jump.

Ken Starr
-'Writing from a glass skyskraper on a barren desert moon made only of rocks' category-
From this week's Houston Chronicle:

According to our friends in the sports media, the football programs of our beloved Texas institutions are about to become exported commodities, competing in different national athletic conferences. If this proves to be true, we will be tearing something very special from the celebrated fabric of our Texas history...We should not reject more than 100 years of tradition handed down through the generations without a well-informed, transparent discussion that objectively evaluates all of the costs and consequences thoroughly.

2011: You intrigue us, Mr. Starr, with your sensible discussion and unbiased reasoning! What is Texas A&M thinking? What kind of crazed university would be so callous as to throw a hundred years of football tradition to the wind in a mad scamper after mad, mad fat stacks of delicious cash? It's unheard of? Seriously, I could never, ever imagine this happening before. It's certainly nice to know we have a concerned citizen like yourself with no ulterior motive whatsoever to bring up such a salient point. No, really, it's just so helpful! Now, what was it that you said you did again?
1995: OHHH HAI 2011! I NEVER DIED I LIVE FOREVER JUST THOUGHT I'D STOP IN AND MESS WITH YOUS LULZ MACARARENAMACARENAOOOOMACARENA 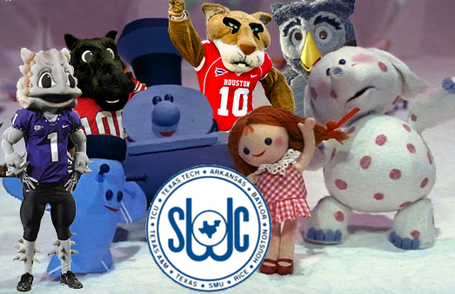 Mike Patrick & Craig James
-Masters Thesis Category-
Now I'm aware there's a certain type of flinty, devil-may-care Vol fan who began the celebratory drinking at the end of the thinrd quarter, and may have missed the following. To the rest of us, who sat suppressing a growing eye tic while waiting for the last 3 touchdowns to be reviewed and summarily overturned until 15 minutes past the end of the broadcast, please keep scrolling. 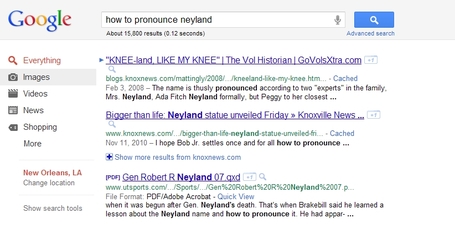 If you're keeping track at home, that's 67 years of sports broadcasting between these two, yall.

Bowl system will be "chaos" if Big 12 implodes

"If the Big 12 isn't around next year, I can sum up the bowl system in one word: chaos," the Hamburgler told CBSSports.com.
[...]
"We’re in close contact with our partners and are monitoring developments," the Hamburgler said Wednesday. "We are not going to speculate on rumors related to the Big 12 Conference or anyone else for that matter."
BCS executive director Bill Hancock also said Wednesday he does not discuss hypothetical situations.
[...]
"What do you think will happen when [SEC commissioner] Mike Slive’s third-place team doesn’t have a quality opponent," the Hamburgler said. [...] "You’d be starting over," the Hamburgler said. "It involves everyone. What are we going to do? Have a draft of teams? ESPN doesn’t want to broadcast Michigan vs. Fresno State, it wants to televise Michigan against a comparable BCS program." "If the Big 12 doesn't survive," said the Hamburgler, "the bowl system will be a gigantic mess."

*Now, maaaaaybe I replaced every usage of the phrase "a source" in this article with the "Hamburgler." And maaaaybe it's EXACTLY AS FRIGGIN NEWSWORTHY THAT WAY. #corroboration:isn'tthatthatthingthefrenchdid?

As always, write in candidates are encouraged. Comments section: go.
See something that should be on next week's list? Send it on over, yall.