The Craig James Memorial Trophy will annually recognize the outstanding college football analyst whose performance best exhibits a relentless pursuit of analyzing stuff you know nothing about, a tireless willingness to troll for clicks, and a selfless effort to meet a word count, regardless of the cost to the English language.

Huh. Well, apparently, last week's vote was a frickin tie, so congratumalations to our new nominees Nate Silver and Taylor Branch! In honor of the nickel-landing-on-its-edge/obvious-vote-rigging occasion I present the FIRST ANNUAL CRAIG JAMES ANNUAL ALL-CAPS AND PHOTOSHOPS SPECIAL LIMITED EDITION of the CJAAFSE. This week we've got passive aggression TEXAS STYLE, Yahoo!'s contribution to that thousand monkeys with a typewriter thing and thinly veiled threats of violence all IN LIVING COLOR! TO THE JUMP!

Jean-Jaques Taylor, ESPN
-what are you talking about, major-market bias?- category

It's too bad every school doesn't have the pride and loyalty that exists at A&M, but we all know the Aggies are among the whiniest fans, collectively, you'll ever find. If that aspect of the Aggies' fan base doesn't change, then they'll be just as frustrated in the SEC in a few years...

Ultimately, the move's success depends on whether A&M can consistently compete for the conference football title in the SEC. Do that, and everything else falls into place. It seems a silly notion based on their performance in the Big 12 over the years, but they'll have a chance to prove it on the field.

One question, sir: WHO THE CRAP ARE YOU, JEAN-JAQUES TAYLOR? 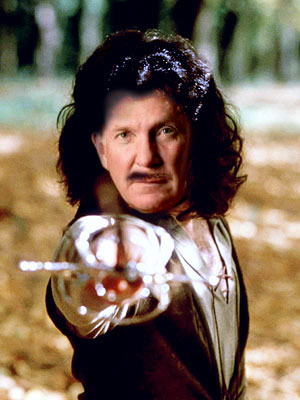 MY NAME IS MACK BROWN INIGO MONTOYA JEAN-JAQUES TAYLOR.
YOU KILLED MY CONFERENCE FATHER.
PREPARE TO hear 'ooooh sweetie, well we all still know you're pretty under all that.. well.. heaviness you've put on since Steve broke up with you and how's he doing he was always a sweet boy DIE

Here are four Dan Wetzel columns from the last year or so:

Big 12 blew it by eschewing playoff

A 16-team playoff could be up and running by 2014 – which would immediately change all the revenue models. ... At the end of the day this has always been about the BCS and billions in revenue it has cost cash-starved college athletics.

Instead college football continues to outsource its postseason. No other team sport, and really no other business, would let someone else run their most important and profitable product. And they would really, truly never hand it over to people who readily admit are motivated by something other than what’s best for the sport. ... That isn’t the same as what’s best for college football. Here is what would be – the annual edition of my proposed 16-team playoff solution.

The system is designed to reward the big brands of the sport. Just as important as what you did this week, or this month, is what you did a decade ago....The BCS sells this as fair.... Below is a simple 16-team playoff that will make them more money, offer more excitement and create a more equitable competition.

"I had four hours of not worrying about conference realignment," McCaw joked afterward. "I feel refreshed now I can get back on the phone and get to work." It’s all unnecessary, of course. There is no need for conferences to expand again, especially just a year after the last shake-up. If they need money then they could eliminate the BCS, stop outsourcing the billion-dollar postseason and stage a playoff that’s richer than any television conference contract. That would require cutting out crony middlemen who run the bowls, of course, and no one has the guts to do that.

The commissioners, and the campus leaders they answer to, never saw a playoff for what it was – not just a better postseason system, but a lifeline that offered them the diversified revenue streams and competitive stability that could have helped assure their survival. Instead they stuck with the status quo. College football defies all business logic by outsourcing its most profitable product to third-party bowl games. 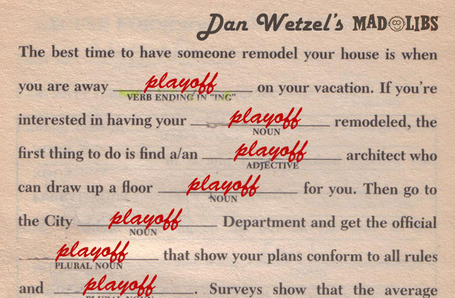 John Adams, Govolsxtra.com
-sometimes, the messenger really *is* asking to get got- category

John Adams took some time out this week from his usual routine of noting insightful things like Urban Meyer's tendency to beat Tennessee and bye weeks being good after a major injury (except apparently when you've just lost because that sucks and you have to think about it and things) to (apparently) break the following gem:

Tennessee’s running deficiencies have been greater than its statistics suggest. They extend beyond the offense, past the team and all the way to its beloved mascot, Smokey... He had a non-contact knee injury to his right back leg.

That's great, John. I wasn't quite feeling like we were completely, utterly hapless enough. Luckily, nobody else anywhere in the world noticed you helpfully pointing out that we're completely, horribly, inescapably cursed.

THIS WILL NOT STAND, JOHN. 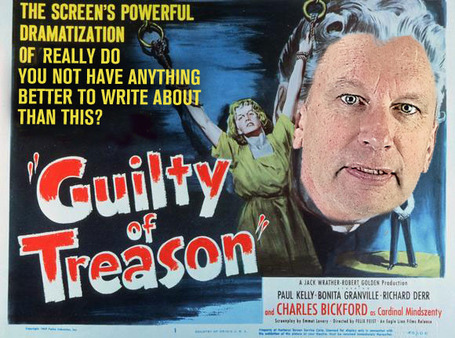 As always, write in candidates are encouraged. Comments section: go.
See something that should be on next week's list? Send it on over, yall.