RTTs Locks & Keys Week 9: When The Tide Was Falling

Share All sharing options for: RTTs Locks & Keys Week 9: When The Tide Was Falling

So fresh off the heels of Tennessee's first win over a ranked opponent in, um, a while (yeah, let's not talk about it), the Vols get to ....face ...Alabama. Well, okay. It's a rivalry, right? And Tennessee's going to fight, right?

Because those may be the only things we have in our favor.

LAST WEEK'S PICKS, IN WHICH I_S DID HORRIBLY SO WE CAN STAND DOWN FROM RED ALERT

THE WEEK 9 PICKS, IN WHICH WE SWEAR WE DIDN'T COMPARE NOTES BEFORE WRITING THEM

Stanford--3.5 over Oregon State: The Beavers are soft, and Stanford loves nothing more than licking soft Beavers.

Clemson-16 over Crabcakes and Football: If Clemson doesn't cover this one, then Tajh Boyd may in fact have some gambling issues he'll need to publicly address.

Northwestern+3.5 over Iowa: This line has left me too confused to even attempt to offer up a clever line. I would scratch my head, but I don't want to give the impression I have lice.

Louisville-20.5 over South Florida: I assume this line is less than three touchdowns because a team of remedial third graders were working around the clock. The only thing preventing South Florida from scoring less than zero points is the rulebook. And jTeddy Ballgame is still Teddy Ballgame even if every ballgame for the rest of Teddy Ballgame's college career is basically meaningless. Actually, let me retract that statement. Beef O'Brady's is beefy and delicious.

Bowling Green-4 over Toledo: Bowling Green are no longer the Falcons. Nah, they're running this thing called the CLAWFENSE, which obviously has huge claws, and also fangs. Like a bear -- a big bear with fangs and claws and stuff. Toledo is just a helpless little bunny. 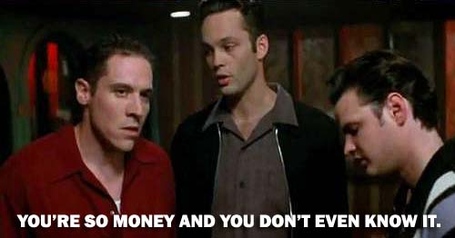 Know it. The Kid is going 6-0 this week. Cash money, Free Money.