On one hand, Georgia. On the other hand - hey, Georgia!

Share All sharing options for: RTTs Locks & Keys Week 6: How About Now?

Look, so this is going to be tough. We pretty much knew that. Tough doesn't necessarily preclude a win, but it does mean that everything that goes on in this game needs to break for Tennessee. Georgia's been occasionally benedictory, though.

WHEN WE LAST LEFT OUR INTREPID PICK SELECTION CREW THEY WERE GETTING UTTERLY SMOKED BY CHRIS:

Georgia-10.5 over Tennessee: I don't understand this spread. Georgia is the one of the best teams in the country. The only possible justifications for this line are: (a) this is a letdown game for UGA after the emotional LSU win, (b) Mark Richt has a terrible haircut and is arguably terrible at coaching the game of football, or (3) Tennessee will be rocking smokey grey uniforms, which is worth like three touchdowns. I'm not buying any of the above. UGA should work us over by three touchdowns without breaking a sweat.

FAU+5 over UAB: Upset special, baby! I think the wrong team is favored in this one (but I'll still take the points).

Rice+3 over Tulsa: Alright, STOP, collaborate and listen. Free Money here, so you don't need a pension. The Owls should not be taken lightly. They're gonna steal the road win, and it won't be politely. Trust KidB, y'all, he rarely disappoints. Forget about the home team and take the points. Rice Rice, Baby!

UTEP+2 over Louisiana Tech: Upset special number 3, baby! Go ahead and present an argument that Louisiana Tech is something other than flaming hot garbage. Take as much time as you need.

Ball State+5 over UVA: Upset special number 4, y'all! And, again, just to be crystal clear, I'm definitely still taking the points, but can somebody explain to me why UVA is favored in this game? Because, maybe I'm wrong, but I thought the idea in football was to score more points than your opponent. And if I'm certain of anything in this world, it's that in order to score more points than your opponent, you have to score some points yourself. And let the record reflect, ladies and gentlemen of the jury, that UVA can't even score points in skee-ball, much less football. 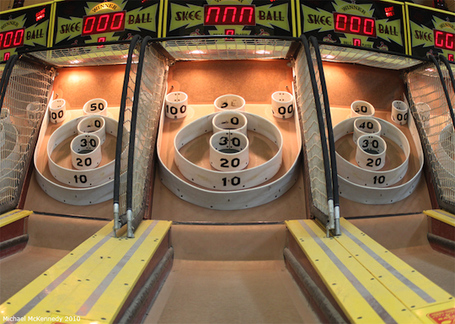 Way too tough for UVA. Gotta go with Ball State on this one.

UCF-9 over Memphis: UCF is a juggernaut in the C-USA, er, I mean AAC. Is that sort of like being the best writer on The Bleacher Report? Well, yeah, maybe a little. But if you're a merely mediocre writer for the Bleacher Report -- and Memphis is a merely mediocre team by C-USA, I mean AAC, standards -- than you should just change your name to Rick Reilly and call it an afternoon. And The Fighting Rick Reilly's of Memphis State will lose to UCF on Saturday, and not by a single digit margin.

MTSU +7.5 over ECU. Yeah, MTSU isn't very good, which is why I lost with them this week. But ECU just dominated pretty much the only game they care about this season, and I'm not convinced they're focused here.

Nevada +6 over SDSU. Again, I grant that I'm picking a team that isn't very good. But what has San Diego State done? Beaten New Mexico State? Scored 30 points against an Oregon State team that allows 30 to everybody? Not enough to be nearly a touchdown favorite, that's for sure.

Rice +3 over Tulsa. I'm really not convinced Tulsa is good at football this year.