Break time's over, Senior Day is here, James Franklin is in town, and I have no intro to speak of beyond this. Let's skip ahead.

YOUR LOCKS FOR THE VANDERBILT GAME ARE HERE

MOVING AHEAD TO THE LOCKS AND KEYS, WHERE TWO THIRDS OF THE PICKERS DESPERATELY TRY TO MAKE UP THE GAP AND ONE THIRD HOPES HE DOESN'T SHOOT HIMSELF IN THE FOOT

Miss State @ Arkansas (+1.5) - This feels oddly like the "we can build on this" game for Arkansas, because hope is a rough prospect in Fayetteville. Also, neither of these teams are good so I'll take homefield and the points.

Cincinnati @ Houston (-3) - I like a lot of narrow lines this week, and Houston's made enough strides to where Tommy Tuberville shouldn't be impossible to deal with. Also, 6-2 is a cover

Georgia Southern (+28) @ Florida - WILL MUSCHAMP IS THE BEST COACH EVER AND NEEDS TO BE REWARDED ACCORDINGLY.

Utah @ Washington State (-1) - Utah is kind of ...not good on the road. Washington State is decent enough at home. Oddly, I'd back Utah +7 if this game wasn't in Pullman, but there? Yeah, bring on the Dread Pirate.

Arizona State @ UCLA (+2.5) - Why does UCLA keep on getting bare-bones lines? I'll keep playing them, so good on you, Vegas.

Southern Cal @ Colorado (+22.5) - Colorado quietly housed Cal last week. There's been some Bodyblow Theory going on here (i.e., teams who got pounded by Stanford struggle the following week), but quite frankly, this is more on Mike McInttyre and the odds that Coach O takes the team to a head shop on Friday. (I'm not wrong. Don't even act like I'm wrong.)

Illinois-7 over PURDUE: Illinois showed signs of a pulse against Ohio State last weekend in putting 35 points on the board. Purdue has been flatlining all season. 1-0.

Bowling Green-24 over EASTERN MICHIGAN: Eastern Michigan is certifiably atrocious at the game of football, and Bowling Green has bludgeoned its last two MAC opponents. I don't see this game being close. 2-0.

Vanderbilt+3 over TENNESSEE: I sincerely hope I lose this one. Odds are slim at this point of me catching Pendley or memphispete, so why not take one for the team? 2-1.

Boise State-5.5 over SAN DIEGO STATE: What am I missing here? Why is Boise State not favored by two touchdowns or more? Don't ask questions, KidB, just take the Free Money. 3-1.

UMASS+12.5 over Central Michigan: Central Michigan shouldn't be giving 12.5 points to any team that is representing something other than a Middle School. In fact, this line seems so off, that I'm sure I'm missing some important information -- e.g. UMass' entire two-deep came down with Ebola -- but then there is this tiny problem that nobody cares about UMass football, and so nobody writes about UMass football, and so whatever it is I'm missing will have to remain missing. And I'm cool with it, because I am aware of one piece of information; namely, that Central Michigan is terrible at the game of football. Possibly less terrible than UMass, but just by a nose. 4-1. 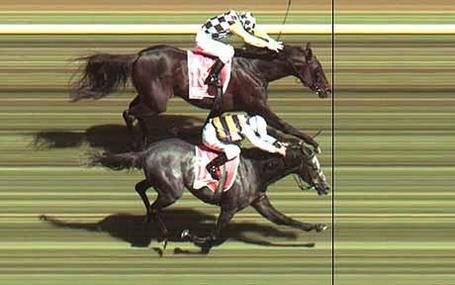 NORTH TEXAS-7.5 OVER Texas-San Antonio: The Mean Green have been good to me this year. I'll stay on their train. Also, they're both Mean and Green, and so they got that going for them, which is nice. If they were instead Soylent Green I doubt I would be jumping on the train. Because Soylent Green is made of people. Yup, it's people. 5-1.