In which your resident pickers go head-to-head for bowl supremacy and serve as open threads for the bowl games, at least for a little bit.

Part 2 of the Massive Bowl Edition of Locks and Keys is coming right up. So far:

So, you know, kind of like the regular season so far. It's still early, though.

Chris Apparently Has Some Idea of What He's Doing

Pinstripe, 12 PM, 12/28: Notre Dame -14 vs. Rutgers. Winner gets to claim the New York market as Columbia looks on wistfully, one lone tear sliding to the ground in memory of what has been lost. Just kidding - Columbia never had anything to lose. But seriously, Rutgers is terrible so good luck with that, Jim.

Citrus, 6:45 PM, 12/28: Louisville -4.5 vs. Miami. Yeah, sure, this is the Russell Athletic Bowl, but let's just be glad that this isn't the Aristocrats show Virginia Tech-Rutgers was last year. That was some performance art. I'm not talking about this game because Louisville has healthy skill players and Miami doesn't/

Buffalo Wild Wings, 10:15 PM, 12/28: Michigan vs. Kansas State UNDER 54.5. Michigan's offense - random explosion against Ohio State excepted - is awful, and a line of 6 is just begging for me to pick wrong against it, so I'm gonna bet on punting.

Armed Forces, 11:45 AM, 12/30: Middle Tennessee +6.5 vs. Navy. I'm not convinced that Navy is actually good - nor is MTSU - but I'll at least back the "preparing for the triple option makes it easier to defend" thought process.

Alamo, 6:45 PM, 12/30: Oregon -145 vs. Texas. Todd Graham hasn't arrived in Austin yet, right? It's his dream job. He has family there. He has your family there. Send help and unmarked non-sequential $20 bills. Drop zone is in the park three hours before game time.

Holiday, 10:15 PM, 12/30: Texas Tech +14 vs. Arizona State. The over feels like a slightly smarter play, but the yards-per-play on both sides point to the under. Failing all that, take the points and the first train out of town. Todd Graham's on that train.

Independence, 12:30 PM, 12/31: Boston College vs. Arizona OVER 57. This is a bet on crappy defense (likely) and a couple of killer running backs. SEE BRAD I'M GOING WITH A RUNNING GAME.

Liberty, 4 PM, 12/31: Mississippi State -7 vs. Rice. I don't trust anything here, so I'm going against the money (for some reason Rice is pulling 50+% of the cash right now, so using the People Are Dumb rule here.)

Peach, 8 PM, 12/31: Duke vs. Texas A&M OVER 75. TAMU has the best and worst units on the field, the spread looks close enough to be right, and Johnny Football's dropping mad dimes in this game. I can't believe I just wrote the phrase "mad dimes". That's terrible.

Pinstripe, Noon December 28: The University of New Jersey+14 over Notre Dame: Rutgers is bad at football, but Notre Dame is far from a scoring machine. I'll take the points here, but pass on watching the actual game.

Belk, 3:20 December 28: North Carolina-2.5 over Cincinnati: I'll take a middling ACC team who showed some signs of life down the stretch over an AAC team -- and, yes, even one that would be considered good in that horrible horrible conference -- that improved from atrocious to a softer adjective of your choosing.

Russell Athletic, 6:45 December 28: Miami+4.5 over Louisville: I had to pick a side, but I'd be a dirty liar if I said I loved either option. With Louisville, people knew from the get go that they sucked at football, but thought they were at least good relative to their terrible terrible conference. They weren't. With Miami, people were impressed when they beat Florida, before realizing that Florida is just alarmingly dreadful at the game of football -- and yet still beat Tennessee, sigh -- and that Miami shouldn't be anointed as anything other than the mediocre team they've been for the past several years. I'll go with The U just because I'm sure Charlie Strong will call 15 more rushing plays than passing plays when he should UNQUESTIONABLY be doing the opposite, and his ongoing personnel mismanagement will again cost his team a game.

Buffalo Wild Wings, 10:15 December 28: Kansas State-6 over Michigan: Michigan is a really bad football team this year. And they'll be playing with a backup QB.

Armed Forced, 11:45am December 30: MTSU+6.5 over Navy: You know what they say about having time to prepare for the triple option.

Remember The Alamo, 6:45 December 30: Texas+14 over Oregon: There a lot of ins, a lot of outs, and a lot of what have you's going on here. A lot of of strands in the Kid's head. With Oregon, they started out getting their juggernaut on per usual, but then the rails came off after the Stanford loss and they dropped an ugly one to Arizona and almost failed to lick the Beavers, who they usually pound pretty good. Was it that Marcus Mariota was more hurt than we realzed? Or is it that Mark Helfrich is something akin to a poor man's Larry Coker? I have a suspicion it's the latter, which is why I'm leaning towards Texas even though it's well established that Mack Brown is terrible at his chosen profession and that you should never, under any circumstances take one of his outfits against the spread. So I'm breaking that rule, because it's his last game, and maybe he won't screw things up too too terribly. Come on now 'horns. Cover the spread for Mack!

Holiday, 10:15 December 30: Texas Tech+14 over Arizona State: I have absolutely no idea whether Texas Tech is any good at the game of football. I have no read whatsoever on this team. I have some idea that Arizona State is overrated, though, and is giving away too many points here. This is the same team that lost to a bad Notre Dame and just got worked over by Stanford like they were a Middle School Junior Varsity team. Let's not put 'em on a pedestal. But, really, the difference-maker for me is Kliff Kingsbury and, specifically, the top button of his shirt, which was not left unbuttoned by mistake. 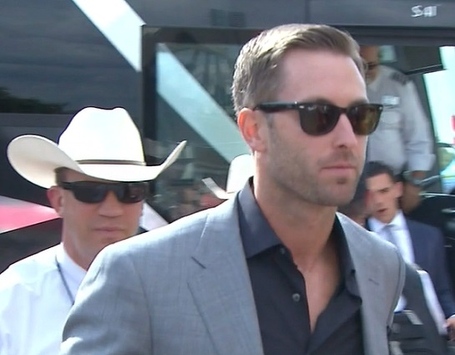 AdvoCare V1000, 12:30 December 31: Arizona-7.5 over Boston College: Arizona is like a box of chocolates. Boston College is like Applebees: decidedly mediocre, but at least consistent. I'll take the Fighting Rich Rod's and hope they give me a piece with an almond in the middle. And no nougat, please, because I have no idea what nougat even is. Does anybody?

Sunsphere, 2:00 December 31: UCLA-7 over Virginia Tech: Is Logan Thomas a Senior? Because I'd sure miss talking about the 6'6" Reggie Ball.

LIberty, 6:00 December 31: Cowbell State-7 over Rice: If Cowbell State can't cover this spread, they should be kicked out of the SEC.

Chick-fil-A, 8:00 December 31: Texas A&M-11.5 over Duke: Duke is a nice story, but also a fraud. They aren't actually any good at the game of football. At least not relative to something other than the gooey, nougaty center of the ACC. If Johnny Football so much as just goes through the motions, TAMU will light up Atlanta like their name was General Sherman.

Pinstripe, Noon December 28: Rutgers +14 over Notre Dame. Yeah, Rutgers is awful, but it's not like Notre Dame hasn't lost to awful teams this season (oh hey, Pitt). But the Pinstripe Bowl is a long way from last year's title game, and Rutgers is significantly more likely to care about the game they're playing in. Also, has there ever been a Pinstripe Bowl not won by a NY/NJ team?

Belk, 3:20 December 28: Cincinnater +2.5 over UNC. Neither of these teams are good, but woah has Tommy Tuberville really gone 6-1 in his last seven bowl games? I guess we'll go with that. Also, homer picks never work.

Russell Athletic, 6:45 December 28: Louisville -4.5 over Miami. it may not be a big-time bowl (although they do have a big-time twitter account), but they're playing a name program, and that should be enough to entice Teddy Bridgewater to put up jillions of points.

Buffalo Wild Wings, 10:15 December 28: Kansas State -6 over Michigan. The safest bet here is on BWW having horrendous commercials. They've been going downhill ever since the continuous overtime series ended. But seriously, does any team care about their bowl game less than Michigan does? Anyone?

Armed Forced, 11:45am December 30: Navy -6.5 over MTSU. The enemy of the option is time, but time also needs a competent defense to work with, and does MTSU have one? No. No, they don't.

Music City, 3:15 December 30: Ole Miss -3 over Georgia Tech. Except in rare circumstances (see: Armed Forces Bowl), I love fading an option team against someone who gets an extra couple weeks to prepare. This is not a rare circumstance.

Remember The Alamo, 6:45 December 30: Texas/Oregon over 67. The Your Guess Is as Good as Mine Bowl. Oregon rivals Michigan for team who cares the least about this bowl, but Texas is a mess without a coach. Who comes out firing? I have no idea. But I trust Texas' run defense to give up lots of points, and Oregon's defensive coordinator just resigned, so maybe let's go with that.

Holiday, 10:15 December 30: Arizona State -14 over Texas Tech. The thing with Texas Tech is they really were never actually good this year. They made us think they were because they beat TCU when we thought TCU was good. But TCU wasn't good. Arizona State is. Not top ten good, but good.

AdvoCare V1000, 12:30 December 31: BC/Arizona over 57. RichRod's teams like points. In both directions. BC usually doesn't, but they've scored more than you think this year. I guess having a legit elite running back helps.

Sunsphere, 2:00 December 31: VT/UCLA under 47. VT has a good defense. Good enough that I'm quite inclined to take the seven points, except that I'm nervous they lose 20-6. Because they have a bad offense that likely won't make it into the 20s.

LIberty, 6:00 December 31: Rice +7 over Mississippi State. The World's Favorite Side Dish is more interested than the Bullies. This usually translates to putting up a fight. 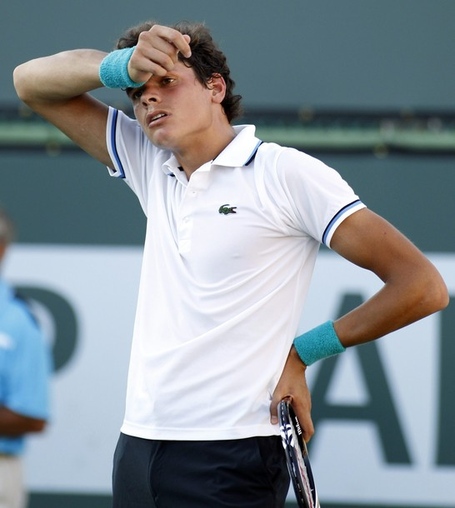 MemphisPete's "Can He Do It On The Big Stage" Picks

Pinstripe, Noon December 28: Notre Dame -14 over Rutgers. Rutgers is 4-8 ATS. It's not that Notre Dame is two TDs better than anyone, but more that Rutgers is horrible and doesn't deserve to be in a bowl.

Belk, 3:20 December 28: Cincinnati +2.5 over North Carolina. Cincy has a top 20 defense and UNC isn't that good. I'll take the points in the mediocrity bowl.

Russell Athletic, 6:45 December 28: Louisville -4.5 over Miami. For all the hype about Teddy Bridgewater, the Cardinals have a top 10 defense. Both are 5-7 ATS. Miami is middling, so I'll give less than a TD.

Holiday, 10:15 December 30: Arizona State -14 over Texas Tech. ASU has a great offense and Tech lost its last 5 games in spectacular fashion. The TTU QB is transferring despite being player of the year, so that suggests something is wrong with the chemistry.

AdvoCare V1000, 12:30 December 31: Boston College +7.5 over Arizona. BC made FSU sweat for a while and did the same thing against Clemson. Both games within 14 points. Arizona doesn't really have anything impressive to talk about. I have no idea, so I'll take the points.

LIberty, 6:00 December 31: Mississippi State -7 over Rice. The Bullies weren't stellar on either side of the ball but they made a bowl game by surviving in the SEC. They beat Ole Miss and Arkansas it OT to make the cut. Rice has been good to me but they have played a weak schedule.

Peach 8:00 December 31: Texas A&M -11.5 over Duke. Texas A&M should shred the Duke defense. It won't be as much of a mismatch as the FSU game because A&M's defense isn't as good. Duke does get underestimated and stands at 10-3 ATS while A&M is 5-7 because of their erratic defense. But it won't be erratic enough to be within two TDs.