Vote for the Official 2013 RTT Design

The designs are in, and now it's time to vote. What do you think should be the official design for the 2013 RTT t-shirt?

Share All sharing options for: Vote for the Official 2013 RTT Design

We have a couple of great candidates and a few suggested variations of those candidates for the Official 2013 RTT Design Contest. Remember, this will be the Official design for the 2013 RTT t-shirt, which will be given away as part of the reward for pledging $50 or more to this year's preseason magazine project. The design may (or may not) also be included somewhere in the magazine.

So here are the base designs in contention: 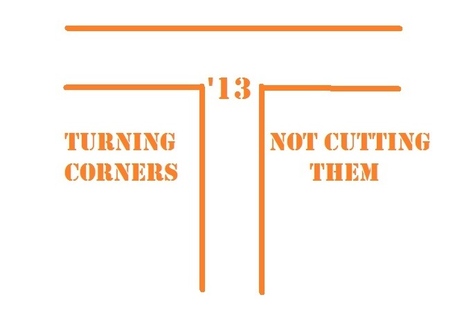 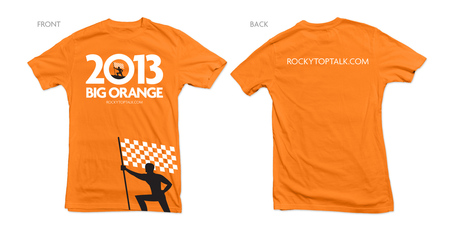 Regarding the second design, a quick trademark search reveals a trademark of "Big Orange Country" claimed by the University of Tennessee, and there are a few instances of "Big Orange" belonging to a variety of others but relating to other goods and services that shouldn't create any confusion, so I think we're probably good with leaving the "Big Orange" on the tee. We also do not have the funds, time, or inclination to fuss with UT over it either, though, so if they make an issue out of it, we'll probably just not use it even though we believe we have the legal right to do so.

The poll below includes variations on the second design that were discussed in the comments.

So, how about it, folks?