The last of the three-tiered pickset extravaganza, home to all manner of terrible picks.

So this is the last part of our three-part bowl pick'em. Part 1 is here, while Part 2 is here. Your records so far:

The scores in Part 1 are up there. The finals for Part 2:

CHRIS APPARENTLY HAS SOME IDEA OF WHAT HE'S DOING

Gator Bowl, Noon January 1: Nebraska +9 vs. Georgia. Nobody really wants to be here and the entire Georgia offense is injured.

Capital One, 1pm January 1: Wisconsin vs. South Carolina OVER 51. Wisconsin's offense is better than you expect, the Clowney impact is less than you realize, and this O/U is about 5 points below where it should be.

Outback, 1pm January 1: LSU -7.5 vs. Iowa. I don't care how nicely this line is set. I'm taking anyone against Iowa. Stupid Iowa.

Rose, 5pm January 1: Stanford -6.5 vs. Michigan State. I'm pretty sure Vegas hit this close to dead on, so I'm just going to pick a side and hope for the best. I don't like that this line has moved by a point since I last checked, though.

Fiesta, 8:30pm January 1: Baylor -17 vs. UCF. Baylor is so much better than any team UCF has faced this season it's not even close, and by the time they realize that, Baylor will be up 31.

Sugar: 8:30pm January 2: Alabama -15.5 vs. Oklahoma. Alabama -anything vs. Oklahoma; has anyone ever found what bits of Sparty remained after that Capital One beatdown?

Cotton, 7:30pm January 3: Oklahoma State vs. Missouri UNDER 61.5. The line is basically straight-up picking a winner, and failing that I'm going to play against the worst unit (Missouri's offense) and for the best unit (Missouri's defense), then hope for the best. Also, oddly enough neither team's hit field goals this year.

Orange, 8:30pm January 3: Clemson +2.5 vs. Ohio State. Because I don't trust the Buckeyes to show up at all, not even a little bit, and Clemson probably shouldn't even be a dog here.

Compass, 1pm January 4: Houston vs. Vanderbilt UNDER 53. Come on, I haven't done this all season.

GoDaddy, 9pm January 5: Ball State -8.5 vs. Arkansas State. The departing coaches line is a nice plus here, but Ball State also has a pretty good offense while Arky Light plays in the Sun Belt. They could hand with Arky Genuine Draft, though.

Gator Bowl, Noon January 1: Nebraska+9 over UGA: I think Aaron Murray was worth points-a-plenty. And yes I do realize that Nebraska is bad at football, but I also realize that UGA is coached by Butt Cut. 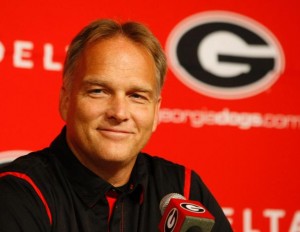 Heart of Dallas, Noon January 1: North Texas-7 over UNLV: North Texas is the squad. You're gonna want that Mean Green.

Capital One, 1pm January 1: South Carolina+2 over Wisconsin: Wait, so you're gonna let me have the SEC and I get two points for free? WooHoo!

Fiesta, 8:30pm January 1: Baylor-17 over Central Florida: I really think Baylor can just name their score here. UCF did not look good at any point after the Louisville game.

Compass, 1pm January 4: Vanderbilt-2.5 over Houston: I'd be totally comfortable losing this game, but I don't think I will.

GoDaddy, 9pm January 5: Arkansas State+8.5 over Ball State: The MAC has not been strong this year.

Gator Bowl, Noon January 1: Georgia -9 over Nebraska. Neither of these teams care. Georgia is better.

Heart of Dallas, Noon January 1: North Texas -6.5 over UNLV. This is a mismatch. UNT rolls.

Outback, 1pm January 1: LSU -7.5 over Iowa. Did Iowa get good when I wasn't paying attention? I didn't think so.

Sugar: 8:30pm January 2: Oklahoma +15.5 over Alabama. This is either a one-score game or a five-TD blowout, depending on how invested Alabama is.

Orange, 8:30pm January 3: Clemson +2.5 over Ohio State. You know, there's a place in Johnson City that will put oranges on pizza.

Compass, 1pm January 4: Vanderbilt -2.5 over Houston. Neither team is good, but Houston is less good.

GoDaddy, 9pm January 5: Ball State -8.5 over Arkansas State. The team that has their coach is better off.

MEMPHISPETE'S "CAN HE DO IT ON THE BIG STAGE" PICKS

Gator Bowl, Noon January 1: Georgia -9 over Nebraska. Georgia has been miserable ATS at 3-7-2 this year while Nebraska is 6-6. Nebraska has been a giant shoulder-shrug this year. With both starting QBs out, the nervous bet is Georgia's backup is better than either of the Nebraska backups and Georgia runs over the Huskers.

Heart of Dallas, Noon January 1: North Texas -7 over UNLV. The Runnin' Rebs have outscored people and masked an anemic defense. North Texas has a top 10 defense and a top 50 or so offense. I actually think this is a healthy cover for the Mean Green.

Capital One, 1pm January 1: Wisconsin -2 over South Carolina. Wisconsin is 9-3 ATS and South Carolina is just 6-6. USCe has a habit of laying eggs in bowls when they shouldn't. Clowney counting his money early...

Rose, 5pm January 1: Stanford -6.5 over Michigan State. The line has moved 3.5 points on this one. Stanford's offense is supposedly a little better facing Sparty who's missing a key LB due to suspension. Wake me when it's over and tell me if Stanford covered.

Sugar: 8:30pm January 2: Bama -15.5 over Oklahoma Give Nick Saban a month and he'll destroy you. Number 2 defense stops the Sooners and Bama scores its 38 ppg.

Cotton, 7:30pm January 3: Missouri -1.5 over Oklahoma State. Missouri is an outrageous 10-2 ATS this year. Take the point-ish and the SEC.

Orange, 8:30pm January 3: Clemson +2.5 over Ohio State. If Clemson hadn't laid an inexplicable egg against South Carolina, I'd feel better about this but I'll still take the points and hope for an Urban Meyer humiliation.

Compass, 1pm January 4: Houston +2.5 over Vanderbilt. Houston is 10-2 ATS. Hopefully, James Franklin is thinking about his next job.

B.I.G. P.O.P.P.A., 8:30pm January 6: Auburn +8.5 over FSU. Both teams are great against the spread and have been Vegas darlings all year. This is a pure SEC homer bet. Auburn was a dog 5 times this year and covered them all. Go Dog-Tigers.