We're back with The Most Powerful SEC Power Rankings in all the land, and a Bonus Power Ranking that's arguably pretty awesome as well. But don't skip straight to dessert!

I just called to say I love you

I just called to say how much I care 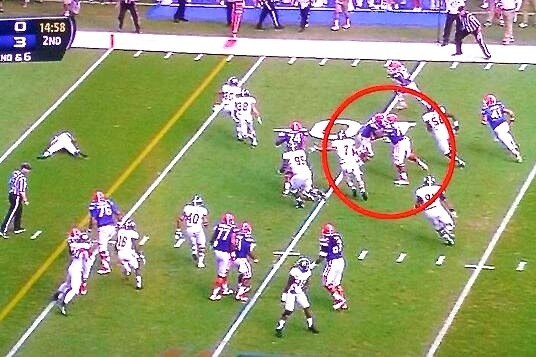 And I mean it from the bottom of my heart. 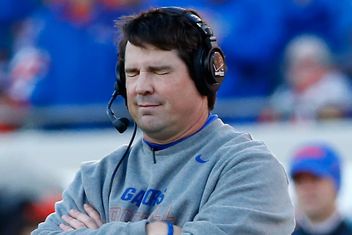 Order Of The Phoenix

1. Alabama: Well, this should surprise no one.  Really, have y'all ever looked at this team's recruiting rankings for past years?  1, 1, 1, 1, and I could keep going.  It's really not fair.  You've basically got a team of sixth graders playing against the fourth graders from every other school.  Usually, they're going to win.  Nobody should be surprised when they win. Sometimes, a stud fourth grader steps up and plays a great game and down go the sixth graders, but you wouldn't be wise to bet on it.

2. Mississippi State: The Bulldogs pretty much played Alabama to a standstill, and on the road to boot.  You can't argue that they didn't exceed expectations, despite losing as the #1 team in the land because they did cover the spread, which is of course the best barometer for expectations.

3. Georgia: This team has lost to a bad South Carolina team and a really bad Florida team, and yet when Auburn comes to town they pretty much work them over like a middle-school JV team.  What to do with you, Georgia?  You appear to be the best team in the SEC one day.  What to do with you, Mark Richt? You can lose to the very worst in the conference the next.

4. Ole Miss:  They still have probably the very best defense in the league.  They got a bye week and performed quite valiantly against bye, and this is after beating Presby-freaking-terian 48-0 the week before.  If they struggle against Arkansas -- and we don't think that they will -- it certainly won't be because of a hangover effect.  They should be rested and ready to go.

5. Auburn:  Auburn is close with Ole Miss, and could easily be flip-flopped with them.  You can't really rely on the H2H police when doing these rankings because there simply wouldn't be a ranking if you had to stay true to H2H, but rest assured that we definitely looked hard at the fact that Auburn beat Ole Miss in Oxford.

Auburn has definitely taken a turn for the worse, though, and we don't know how the Malzician only put 7 on the board against a defense that one point made Justin Worley look competent.  Sup with that?  Is the Malzician in need of a magician muse?

6. LSU: In a shocker that really nobody found shocking, LSU's offense went into FayetteVegas and performed dreadfully terrible, which is even worse than the merely terrible performances that preceded it.

8. Arkansas:  With such a solid ground game, they were just bound to eek (eak?) out a win at some point.  And they did, and in just the spot where everybody and their gambling cousins thought they would.

9. Missouri: A couple of key points

10. Texas A&M: They couldn't even beat Missouri despite having way more talent.  I suppose Kevin Sumlin really isn't coaching them up.

12. Kentucky: We do think Patrick Towles is pretty good, but we also think that rumors about Kentucky's defense being competent were widely and wildly overstated.

13. Florida: You have no idea how angry it makes me that we never beat Muschampionships in football.  Very angry.  Quite angry.  More than a little angry.

This Is The End

14. Vanderbilt. The good news here is that Mizzou only beat this dreadful dreadful team by ten points.  So we've got that going for us this week, which is nice.

Eastern Kentucky @ Florida:  I have no opinion whatsoever on this terrible terrible game.

Charleston Southern @ Georgia:  I have no opinion whatsoever on this terrible terrible game.

Samford @ Auburn:  I have no opinion whatsoever on this terrible terrible game.

Western Carolina @ Alabama:  I have no opinion whatsoever on this terrible terrible game.

Kid's Korner, aka a column if gambling were legal

I've always said that you can make any song better by adding a children's chorus.  I stand by that statement.  And so for this week's version of The Most Powerful Bonus Power Ranking In All The Land, I bring you great songs that aren't made by children (thus Jackson 5 not eligible) but featuring children singing in the background or foreground or just anywhere in the song.  This list is meant to be definitive and the final answer to the oft-posed question of "what are the best songs featuring kids signing?".

The Most Powerful Bonus Power Ranking Of The Week

14.  Santigold -- Disparate Youth: This isn't Santi's best song -- that would be "lights out" -- but it's a very good one, and it has kids singing in it (but you already knew that).

12.  30 Seconds to Mars -- Kings and Queens:  I really like this song, but I had to deduct a lot of points because the kid's chorus only comes in at the end, and for about 20 seconds.

11.  M.i.A. -- Paper Planes:  This one is great is because of its use in the movie "Slumdog Millionaires", which is included below for your convenience.

10.  Big Boi (ft. B.o.B) -- Shoes For Running:  This is the lowest ranked hip hop entry (unless Paper Planes counts), and the one you're least likely to have heard.  Big Boi's solo albums have remained mostly under the radar while being, in my humble opinion, very solid offerings.

8.  Pink Floyd - Another Brick In The Wall: Correct me if I'm wrong, but I believe this one was the actual beginning of the sub-genre.

7.  Mr. Little Jeans - Oh Sailor: y'all hadn't heard about this one, had you?  Well then don't thank me; just apologize for not thanking me.

6.  JUSTICE - D.A.N.C.E.: Bonus points here because the kids singing part is really the main part of the song.  It drives the whole thing.

5.  Pat Benatar -- We Belong: Yes, in a turn of events nobody saw coming, Pat Benatar has made it into not one but two separate bonus power rankings.

3.  Trick Daddy -- Baby Cause I'm A Thug:  What you didn't think a song with this title could be light and fluffy?  Just add a kids choir, baby.

2.  Nas -- I Can: Nas takes some historical liberties in his third verse (to put it mildly).  But don't want to focus on the fact that Greeks and Romans almost certainly never went to school in Timbuktu, and focus instead on the chorus -- the part the kids sing.  It's uplifting for any and all.

1.  Jay-Z - Hard Knock Life:  One thing you'll note in this Bonus Power Ranking is that hip hop has made the best of use of the kids choir.  Correct me if I'm wrong, but Jay-Z started off the sub-genre in "Hard Knock Life" by building a song around a sample of a showtune from the broadway music Annie.  It works, and while I'm not the biggest Jay-Z fan in the world, I do appreciate his contributions to this particular sub-genre.

I honestly hope you can add to this Bonus Power Ranking by making me aware of a song that fits into this category that (a) I didn't consider, but that (b) would have made the cut.  I doubt you will, but do try.