The 6th edition of our annual UT football preseason magazine is now available, and as always, it's all Vols, cover to cover, and 100% ad-free.

This year's magazine hits the newsstands in East Tennessee and Nashville on Tuesday, June 3, but as a Rocky Top Talk reader, you can get it right now, two weeks early, and with some shipping incentives to boot.

There are a couple of different items/packages available:

1. The Magazine and RTT T-Shirt Combo. Order both the magazine and the Official Nulla Petitiones Pollicemur t-shirt, and get FREE SHIPPING, both delivered to your door before the street date of the magazine as long as you order by Friday, 5/23/14. You can also speed things up a little if you choose one of the rush options.

2. The Magazine right now. Order Rocky Top Tennessee 2014 online, get it shipped the next business day, AND get $1.50 off our standard shipping price.

Both special offers are applied automatically once you put the items in your cart and calculate shipping. The magazine will only be available on newsstands in East Tennessee and Nashville. So if you live outside of those areas, order online.

Oh, yeah. You can also get just the t-shirt, if you'd like to do that. It comes in eight flavors (varying print placements and color combinations). Here's my favorite: 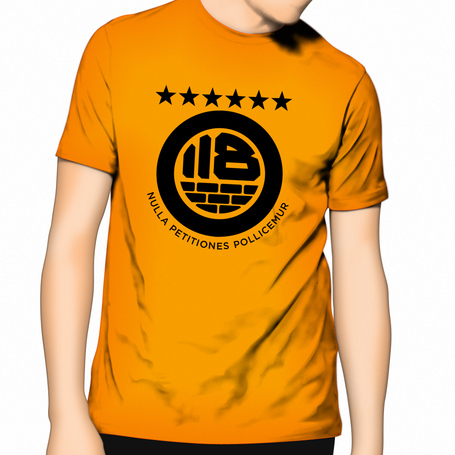 So what's in the magazine this year? Glad you asked.

41 Rebuilding in a Hurricane
By Will Shelton
2013 Recap: Team 117 faced half of the final top ten

47 Hope, Belief, and the UT Vols
By Joel Hollingsworth
The amazing thing that happened at the South Carolina game

51 Lessons from Year One
By Jay Brantner
Jones's first year puts him in good company . . . and bad

55 Inch-by-Inch
By Will Shelton
Vols have a long way to go, but they're getting there fast

65 Advanced Stats
By Chris Pendley
Metric to measure in 2014

87 SEC Schedule At a Glance