Tennessee's 9 game losing streak to the Florida Gators will end on October 4th, 2014.

Share All sharing options for: The Florida Gators Are Not Ghana Enjoy Their Fall Trip to Knoxville

Tennessee is going to beat Florida in football this year.  I know this for sure.  I have absolutely no doubt in my mind. The United States of America made me believe.

You see, yesterday the U.S. played a World Cup game against Ghana, a team that knocked out the good ole US of A in both the 2006 and 2010 renditions of the most the popular sporting event in all the world.  This led many many soccer fans, and even the most patriotic of the lot, to be less than bullish on the Yanks' chances of prevailing against Ghana in the opening game of group play.  "We just can't beat those guy," said many.  "They've just got our number," wrote others.  "I think maybe they're just in our heads a little bit," chimed in more than a few.

Accurately dissecting and analyzing competitive sports -- and, more specifically, the acumen of the various teams participating in said competitive sports -- is not an easy thing to do.  Nobody ever gets it totally right, and when everybody sometimes gets it wrong, they always get it wrong in one of two possible ways.  They assign too much weight to the actual outcomes of the games, or they don't assign enough weight to the actual outcomes of the games.  Stated differently, they either get fooled by randomness -- convinced to put all their chips on black when the Roulette board lists 9 red numbers in a row -- or they overlook (or actively deny) the clear informational trends that are right there in front of their face.  These two competing schools of thought used to manifest themselves in the comments section of the Blogpoll posts.  You might remember borderline contentious discussions that included terms such as "H2H police" and "beatpaths" and "predictive" and "descriptive" and "Arizona State sucks, I_S. They lost to Ron Zook. End. Of. Analysis" (a few weeks prior to Arizona State losing five straight and proving that they did, in fact, suck real bad).  Neither side is right in this debate and, as noted, both sides are inevitably wrong.

It's not that we're stupid, it's that sports are inherently noisy.  When you look back upon various 2013 results as an aid in figuring out which teams will be good in 2014 and which ones will lose to Ron Zook and then proceed to lose five consecutive games to close out the season, be mindful that you're looking at this: 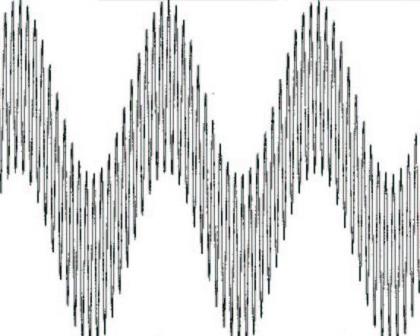 Now with advanced metrics, eyeball tests, evaluations of coaching acumen, holistic and generally informed assessments of talent level, and the like, reasonably intelligent individuals can filter out a good portion of the noise. But no matter how many tools we have in our analytical toolbox, the results of the games that have already taken place will never communicate without static: they'll never look like this: 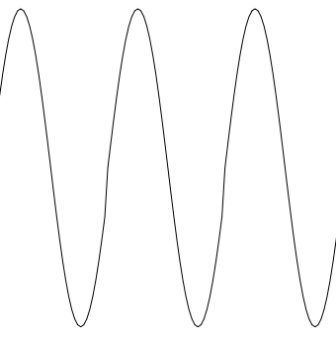 And that's why the idea that Ghana had our number in soccer was outlandish.  And that's why the idea that Florida is somehow "in our heads" is equally, if not additionally, outlandish.  Florida does not have our number.  Florida is not in our heads.  Florida's jerseys have never ever been on the receiving end of a "Victory Against The Guys From Knoxville" incantation from the character that the lovely lovely Emma Watson used to play.

And yet they've beaten us every year, yeah yeah yeah.  Randomness.  Sports are noisy.  They come with static, or the static comes with the territory.  Either way.

But this year the better team will prevail.  With Clint Dempsey as our guide, the Volunteers will come out firing and strike first.  The game may get dicey in the second and third quarters, and maybe even into the final stanza.  But the people in the stands will be cheering hard for the players wearing non-white shirts, the energy in the stadium will be palpable, and the result will be glorious.