Here is a rundown of some of the new players we'll see next year on the hardwood, and some of the player's we'll no longer be seeing.

Share All sharing options for: #VFW - Vols For a Weekend: Revolving Door Ruminations

VFL - Vol For Life.  You remember this.  You probably even mention it from time to time, though probably more as a punchline than a serious conversational topic.  But it wasn't always that way.  When Derek Dooley created Vol For Life  -- "a comprehensive player support and character education program" -- it was not only taken seriously by fans and media alike, but held up as a shiny beacon of loyalty, integrity, and southern accents for all to gaze upon and admire.

This didn't last long.  Universal VFL reverence eventually gave way to competing factions of (a) fans who might include the term in a spirited argument in favor of re-hiring Phillip Fulmer and (b) fans who were actively looking for opportunities to mock those who would advance such an argument.  And then competing factions eventually gave way to universal acceptance of the term, but only as a punchline.  Basically, VFL went meme.  It's now a part of the Vol Lexicon -- a fanbase inside joke, so to speak.1

There are two ways a species, or a fanbase for that matter, evolves: (i) physically from genes, and (ii) socially from memes.  Cultural ideas are passed on through memes.  Like genes, memes mutate, replicate, and adapt.  And with that, we present to you the first installment of Vols For a Weekend -- or #VFW, if you prefer -- an ongoing theme (represented via meme) where we'll keep tabs on the changing names and faces of the program.2

We'll start today with basketball, where a coaching change, not surprisingly, gave way to a great deal of player changes.

Darius Thompson: Thompson started 10 games as a freshman this past season and averaged 2.6 points, 2.0 rebounds, and 2.4 assists per game. The 6'-5" guard from Murfreesboro is transferring to UVA, where he'll have to sit out a year because of NCAA rules.  Darius indicated that during his year off, he plans on learning how to properly pop his collar and rock said popped collar around campus like a boss.  "Well, yeah, because that's what all the cool kids do around here," said Thompson.  We wish him the best of luck in all future endeavors.

A.J. Davis:  The 6'-9" Forward from Georgia played 234 total minutes in his freshman campaign, and scored 33 total points.  It's tough to get terribly worked up over a player who played very little, and did so only during garbage time, and I think this is true regardless of whether he's the son of former NBA player Antonio Davis (and he is).  It's even tougher when you weren't even aware he was on the team.  And, to be clear, I was not aware that Tennessee had a player named A.J. Davis on the roster.  But perhaps I'm just a bad fan.  A.J.'s destination is at this point undetermined, but life is more about the journey  anyway, amirite?  We wish A.J. the best of luck.

Quinton Chievous: A redshirt sophomore reserve who appeared in 31 games this past year and averaged 1.9 points, 1.9 rebounds, and 8.3 minutes per game, Chievous was given a release and can transfer to any school outside of the SEC, and can even play immediately so long as he finishes the requirements needed for his degree in Communication Studies. Chievous' minutes decreased from his redshirt freshmen campaign, and that's probably a fair indication that a transfer will be the best outcome for all parties involved.  Best of luck to Quinton.

Pops Ndiaye: He is still undecided on whether to stay or go, and has been listening to The Clash for help in making up his mind.

Players Transferring In (and hopefully for longer than the weekend)

Kevin Punter: Kevin transfers to Tennessee from a Junior College in Missouri -- where he was a National Junior College Athletic Association first-team All-American -- and will have two remaining years of eligibility.  He was previously committed to Missouri, but then Frank Haith was relieved of his coaching duties because Frank Haith is a terrible terrible basketball coach, Tyndall swooped in and sealed the deal.  This is an excellent find.  Mr. Punter is an athletic 6'-4", and he can really score the basketball, averaging 20.3 points last season (and 28 his senior year in HS).  Welcome, Kevin!  You made a wise choice. 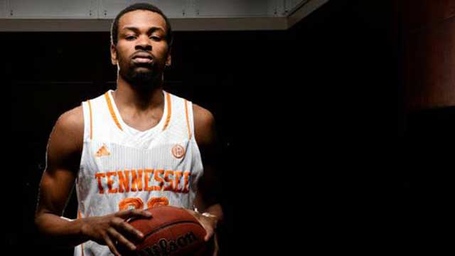 Devon Baulkman: Devon is another JUCO transfer who will have two years of eligibility with the Vols.  The 6'-5" Georgia native originally signed with Southern Mississippi out of high school before ending up at Gulf Coast State where he averaged 16 points and 5 rebounds per game despite a nagging shoulder injury.  He set the GCS scoring record when he dropped 48 points in a game this past February.  According to Tyndall, Baulkman will contribute immediately because of his length, athleticism, and ability to play all three perimeter positions.  Glad to have you, Mr. Baulkman!  You made a wise choice. 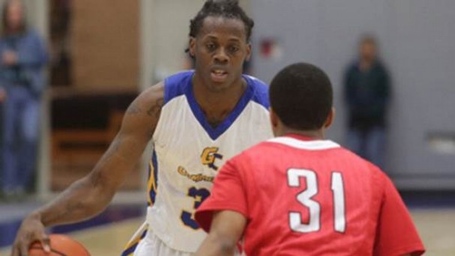 Ian Chiles: Ian comes to Knoxville from IUPUI, and will be able to play immediately with one year of eligibility remaining.  Chiles, a 6'-1" guard, averaged 16 points a game on 42% shooting at the Indiana University-Purdue University at Indianapolis.  He also averaged 3.2 rebounds and 2 assists per game, and indicated that he was transferring because "the name of the school doesn't even make any sense,man.  Is it Indiana University or is Purdue University?  I mean, come one, make up your mind.  One or the other."  Welcome to Knoxville, Ian!  You've chosen a school with a straightforward name and abbreviation.  Good work. 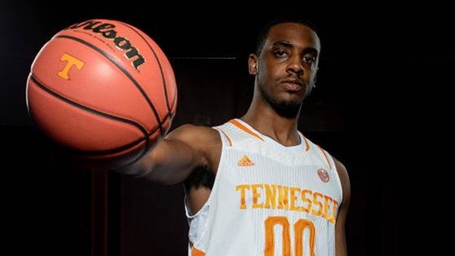 Eric McKnight: The 6'-9" forward is transferring to Tennessee from Florida Gulf Coast.  Much like Chiles, he will be able to play immediately, but only for one season.  McKnight chose the Vols over Wichita State because "Wichita isn't even a State, man.  That's like false advertising." At FGCU he averaged 6.7 points, 5.4 rebounds, and made 66% of his shots.  And he's known for talking high percentage shots,  as you can see:

Again, a hearty welcome to those on the way in.  You aren't a VFL quite yet, but we do hope you stick around for longer than a weekend.

2. Liability Disclaim: Rocky Top Talk is not responsible for any damages caused by the use of any memes other than the three approved memes: