Share All sharing options for: Point-Counterpoint: Your Team Sucks

Your Team Is Bad and You Should Feel Bad

By Message Board Matt

First, let me start off by saying that I'm sorry, but these are just the facts: your team is bad and you should feel bad for being a fan of them. All of your good players have graduated (not that they were ever very good: remember that one game where your star player didn't play up to expectations? EXACTLY.) and your new players aren't fit to carry Satan's jockstrap to a community college Quidditch contest. Sure, that one guy you had was okay, but there's no way he or anyone else will ever get better, because your staff is a collection of leftovers from previous coaching regimes, failed NFL coaches, and lower division success stories who can't hack it at this level. I saw a better collection of coaches down by the bus stop, and that was just a crumpled up issue of the Birmingham News, a kid on the way to charter school, and Ed Orgeron.

Second, that hotshot new recruit with all of the stars and so-called amazing highlight film? Well, he's soft and terrible and we didn't want him anyway, despite all of the letters (and strangely erotic pencil drawing portrait) that our coaches sent him. That was just a smokescreen done so that we could laugh at you. My cousin's friend is a high school assistant coach, well more like a volunteer strength coach, well a booster, okay he bought one of those seat-back cushion-thingies for his local high school stadium; well, anyway he said he heard directly from his buddy that my Head Coach gave an exclusive speech to boosters where he said that your star player takes money from illegal handlers, has a bad attitude, and once attended a Justin Bieber concert. So let's just say that your new star player, even if he could play on the field (which he can't) is also an off-the-field risk.

Speaking of, remember that one embarrassing off-the-field incident where some of your players did things that are completely beyond the pale like underage drinking and acting like college kids (instead of terrifying Troy Aikman-esque robot/human-hybrid Stepford athletes)? That would never happen at my school, and it never has.

In closing, I'd like to remind you that last year I predicted that your team would be bad, and that you should feel bad. Despite my excellent advice, your team indeed lost those games, and you continued against all sense of decency and civilized propriety to remain remarkably unashamed.

This year, why don't you pull your head out of your posterior and accept the truth: your team is bad, and you should feel bad.

My Team is the Greatest Team Ever Assembled By Humans 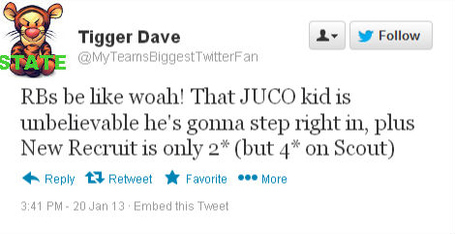 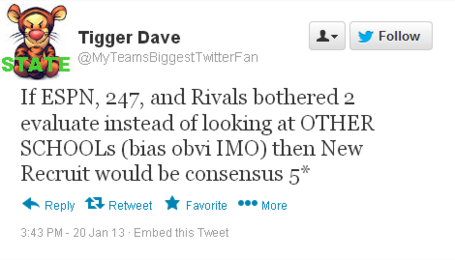 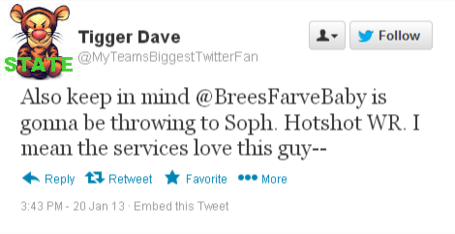 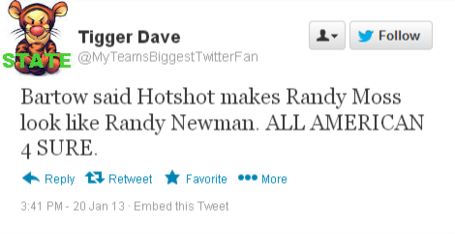 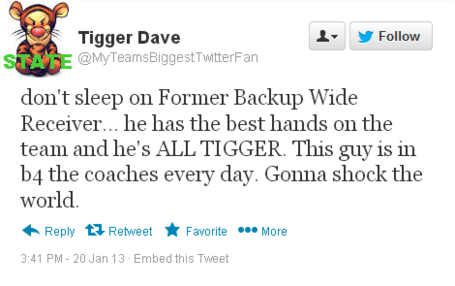 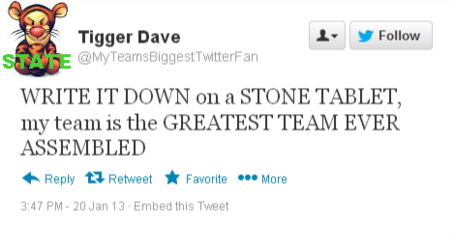 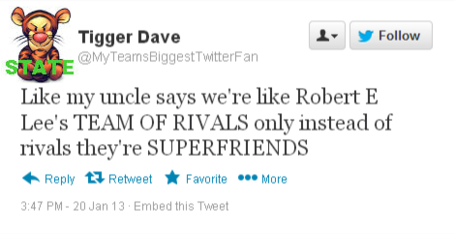