Perfection is only as good as its followup.

This intro is as sleepy as a noon ACC kickoff. Let's do the College Gameday thing, watch the Oregon Duck again from a few weeks ago, and just get on with it, shall we?

Arizona State (+4.5) vs. UCLA - The "don't take a home dog unless you like them to win outright" line applies this week. "Don't take the team that struggled to put away Memphis" also applies. No, I don't care if Memphis might be good this year; rules are rules.

Maryland (+4.5) @ Indiana - no, this line isn't a mad overreaction to Indiana beating a questionable Missouri squad. Am I picking this game because it lets me take free shots at Mizzou? Well .....maybe. (Also, activate the Maryland Black Hole Theory for this one.)

Auburn (-32) vs. Louisiana Tech - I need one mad blowout against a bad team. Auburn, you're up!

Notre Dame (-9.5) @ Syracuse - the idea of Syracuse having anything like home-field advantage baffles me. Couple that with what I think is a good Notre Dame team and yeah, I'll take a road favorite.

KidB's "Free Money (For Somebody)" Picks

Maryland+4.5 over INDIANA:  This line is an obvious overreaction to the Hoosiers beating a team from the big bad SEC, and an undervaluing of the fact that Maryland is better at football than Indiana.

Baylor-21 over IOWA STATE: I think perhaps Vegas got confused and mistakenly listed the halftime line as the actual line.  I'll take what I can get.  Baylor beat Iowa State last season 71-7.  Take out home field advantage from that, and you still have a 57 point margin of victory.  Not enough has changed from last year for me to think this one will even be close.

Bowling Green-4.5 over UMASS:  This line confuses me.  What is going on that I don't know about?  Yes, Bowling Green has taken a step back from its Clawson-led days of MAC Juggernauting.  Yes, UMass appears to be improved from last year.  But this spread suggests that these teams are virtually equal on a neutral field.  Nah.

Florida State-18.5 over NC STATE:  I don't believe Free Shoes has covered a spread yet this season, but I believe they will here as this game strikes me as an Eff You Game from Jameis Winston.  And while Jameis might sometimes make questionable decisions off the field, he remains very very good at the game of football.

Notre Dame-9.5 over SYRACUSE: I like Notre Dame with Golson.

TAMU-9 over Arkansas: This line is silly. Vegas is giving BERT way too much respect here.  Running the ball against a MAC team is very different than running it against an SEC team.  And I realize TAMU doesn't have one of the better defenses in the league, but then neither does Auburn, and they only scored 21 on Auburn.  If they score 21 against Kenny Trill and his Entourage, they'll lose by more than 9.

Akron +20 over Pittsburgh. Is Pittsburgh really to be trusted as a big favorite over any FBS team ever? And Akron has considered getting semi-competitive under Bowden.

Kent State +27 over Virginia. Mike London has had one really good year in Charlottesville. This season is shaping up like it could be a second. In that last good year? It took overtime for the Hoos to beat Idaho. I'm not making this up. Virginia as a 20+ favorite is not to be trusted. 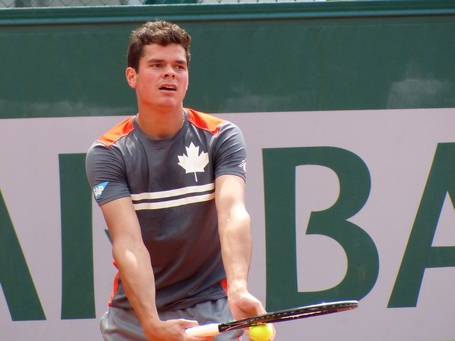 Minnesota +11.5 over Michigan. Does this feel like the end for Brady Hoke?

USA -4 over Idaho. Idaho isn't good. South Alabama got hammered by Georgia Southern, but after a pair of narrow losses to ACC teams, maybe Georgia Southern is just a lot better than they were last year.