Back with a quickness.

Florida screws everything up.

After Tennessee's Sunday night win (and Chris's inability to pick games that actually occur during the weekend), the locks recap ended up looking a lot like last year's recaps. In other words: Chris and KidB are comfortably beating I_S and the recap's going up right before the locks. Meanwhile, the snark is at walk-on level because this is only Week 1 and we've got to get warmed up because some of us weren't railing on other power rankings all offseason.

Related: because Florida-Idaho ended up as a no contest (although not so no contest that Will Muschamp ended up deciding the three players he suspended for a game learned their lesson, because remember kids, consistency is key!), both Chris and The Kid are making 7 picks this week.

UL-Monroe (-2) vs. Wake Forest - ain't nothing Funroe about this game, although the Clawfense did get 94 yards of total offense on 97 passing yards, so you do the math. DON'T SAY I NEVER DID ANYTHING FOR YOU, WILL.

TAMU+10.5 over STEVE SPURRIER - Kevin Sumlin just might be a good coach, y'all. Also, South Carolina's corners might be terrible.

Ole Miss-10.5 over Boise - this was a cover, but my condolences to anyone who watched the first three quarters of this game. That was some ACC-on-Raycom level derping.

Marshall-24 over HIPSTER MIAMI - Seriously, I have no idea how Hipster Miami managed to cover unless Marshall is secretly terrible.

FLORIDA-36.5 over Idaho - leave it to Will Muschamp to fail to cover against lightning. WE WANT ZOOK.

MISSISSIPPI STATE-30.5 OVER Southern Miss - for some reason I think kid thought he missed this, which is severely underestimating Dak Prescott's Heisman push.

Virginia (+21) over UCLA - rolling with big dogs in noon games: risky, but not any better or worse than most of I_S's strategies.

Baylor (-33) over SMU - see what happens when you follow my picks, I_S? You win. Funny how this works.

Arizona (-7) @ UTSA - this is just a weird line and is either Vegas Knows Something or Vegas Can't Get A Read on Arizona At All. I'm backing the latter since they weren't even close last week.

Ole Miss (-20) @ Vanderbilt - I see you, overreaction to one terrible week and a game that looked like more of a blowout than it was. I also see you, Karl Dorrell, and you are terrible.

East Carolina @ South Carolina OVER 63 - The ECU cover here feels just a bit off, but I do think points are in the offing.

Navy (-3) @ Temple - betting Vandy is back to terrible and a team that hung with Ohio State might be okay? Yeah, sure.

ECU+16.5 over SPURRIER:  So South Carolina is either without their best offensive player or their best offensive player will be playing hurt, and their only other option for moving the ball down the field is via Dylan Thompson, and Dylan Thompson couldn't hit a "Third Down For What" button if it was placed on top of his keyboard before he started typing, and yet South Carolina is giving 16.5 points?  Sold.

Missouri-3.5 over TOLEDO:  I have no idea what the idea is with this line.  We like to have fun with the Mizzou peeps, but in all seriousness, all the proprietary stats(tm) of which I'm aware clearly indicate this spread should be at least 5-30% bigger than it is.  At least.

Arizona-7 over UTSA:  Yeah yeah, I know:  caveat emptor when it comes to picking Thursday night road games, and yet here I am taking it anyway.  But here's the deal: one of the two reasons that this spread is only 7 is because the whole the Thursday night road game thing has already been heavily factored in, and methinks it must have been given a touch too much weight because Arizona is way better at football than UTSA.  The other reason is because UTSA beat Houston and apparently some people think Kevin Sumlin still coaches at Houston.  He does not.  Glad that's settled.

tOSU-11 @ VIRGINIA TECH:  I see no compelling reason why I should jump off the Urban Meyer covering train.  If it covers when it looks bad, what do you suspect the regression to the mean looks like?  Yes, a poorly timed Frank Beamer contract for $500, Alex.

FLORIDA-37.5 over Eastern Michigan:  I'm taking this game using the exact same rationale as I used with Florida last week.  We didn't get a chance to see if said logic was sound, so I'll roll the dice again.  Basically, Eastern Michigan is ba-aa-aaa-aaaad.  If Florida can't win this game by 40, then they're no closer to winning Muschampionships than they were last November when they lost to a mediocre FCS team at home.  And if that's the case, Tennessee is definitely beating them in Neyland, and I'll take this loss for the team.  You can add me to your christmas card list for the favor.  And please do send many large unmarked bills along with the picture of your poodle in a red argyle sweater.

MISSISSIPPI STATE-27.5 over UAB:  See explanation above with respect to tOSU.  I'm staying on the Cowbell train.  It's noisy, and they don't sell alcohol of any kind, but it'll get you where you need to go.

Navy -3 over Temple. Do we really think Temple is that good, or are we just enjoying laughing at Vandy? I'm not a believer. Sorry, Owls.

East Carolina +16.5 over South Carolina. Don't love the value here after USC's embarrassing loss last week, but ECU is a feisty dog who can score against a questionable secondary, and they do have the Cocks between two big. . . games. I was definitely going to say games. 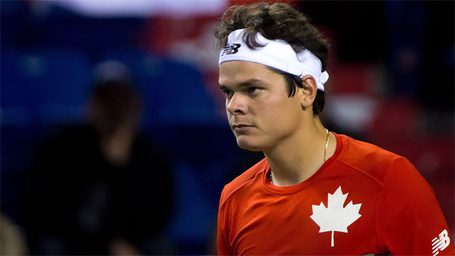 Fresno State +10.5 over Utah. Fresno was totally outclassed last week, but even without Carr, they should be able to score. And Utah doesn't seem to like blowouts all that much, at least not against FBS opponents.

SDSU/UNC over 60. Picking high-scoring teams to go over 60 didn't quite work last week (although I honestly didn't expect Cal to be sitting on a lead, let alone doing so successfully), but I'll go back to the well once more.

Idaho/ULM under 55. How much do we really expect Idaho to score here? Maybe ULM gets here alone, but I'm willing to bet against it.

That concludes our picks.  Your picks go in the comments.  Bring it on, nerds!