Not the best week for our resident ATS pickers. We'll get 'em next week.

As noted in our picks post from Thursday, Chris and The Kid picked an extra game this week due to the Florida game being cancelled in week 1.

Arizona (-7) @ UTSA - the curse of the Thursday night road game strikes again. Arizona wins (26-23) but doesn't cover. This one was actually an ATS nailbiter as UTSA attempted a hook and ladder on the last play and Arizona scooped up an errant toss and took it the other way for a would-be cover touchdown.  But it was ruled a forward lateral, and with the clock having expired it was game over.  It was really close to being a Great Moment In Gambling History. 0-1

East Carolina @ South Carolina OVER 63 - South Carolina wins 33-23, for a total of 56 points.  We don't know why Chris took the over on a game featuring Dylan Thompson as the starting QB.  We haven't ruled out the possibility that I_S hacked his computer.  2-2.

Virginia Tech @ Ohio State UNDER 47 - Virginia Tech wins 35-21 for a total of 56 points.  The Kid does not understand the wisdom of taking over/under, but he encourages his fellow pickers to do so as much as possible. And he also really enjoys the whole talking about himself in the third person thing.  3-3.

ECU+16.5 over SPURRIER:  Super suprising that Spurrier didn't cover the 16.5 considering he has a QB who can't throw and a banged up RB.  That was sarcasm.  1-0.

Missouri-3.5 over TOLEDO:  The Kid really wishes he would have gone even bigger on this game in real life than he did.  I mean, he would wish that if gambling were legal.  This game was Free Money.  These lines only come around a few times a season. 2-0.

Arizona-7 over UTSA:  Caveat Emptor when it comes to Thursday evening road teams.  2-1.

tOSU-11 @ VIRGINIA TECH:  It could be that the rumors of Virginia Tech's demise were somewhat exaggerated.  Or that this tOSU team just really isn't any good.   2-2.

GEORGIA STATE PK over New Mexico State:  Grrr.  The Aggies prevail against the Panthers 34-31 in the festering cesspool known as the Georgia Dome by staging a 4th quarter comeback.  Grrrr.  3-3.

MISSISSIPPI STATE-27.5 over UAB:  The Fighting Cowbells win 47-34.  It turns out that the Mississippi State bandwagon was no good: it was noisy, they didn't sell alcohol, and it didn't even get you where you needed to go.  Also, it appears that UAB's new head coach, Bill Clark, already has them playing much much better ball than in the past few years.  The Kid is going to keep an eye out for future UAB lines for potential future hypotheticals.  3-4.

East Carolina +16.5 over South Carolina. Do we have numbers on what happens when The Kid and I_S take the same games?  That'd be an interesting little study.  2-1. 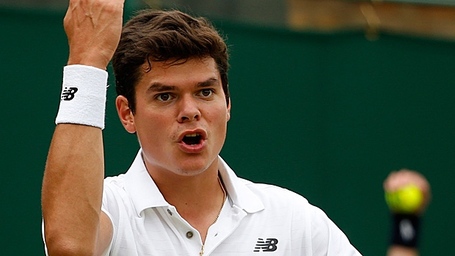 Idaho/ULM under 55. The Warhawks took out the Fighting Taters 38-31 for a total of 69 points.  It should be noted that Idaho is pretty bad, and this ULM team beat Wake Forest.  Conclusion: Wake Forest is really bad.  Second conclusion: I_S and his over / unders.  2-4.

How did the rest of you do?  Tell us now or tell us later.  We're good either way.