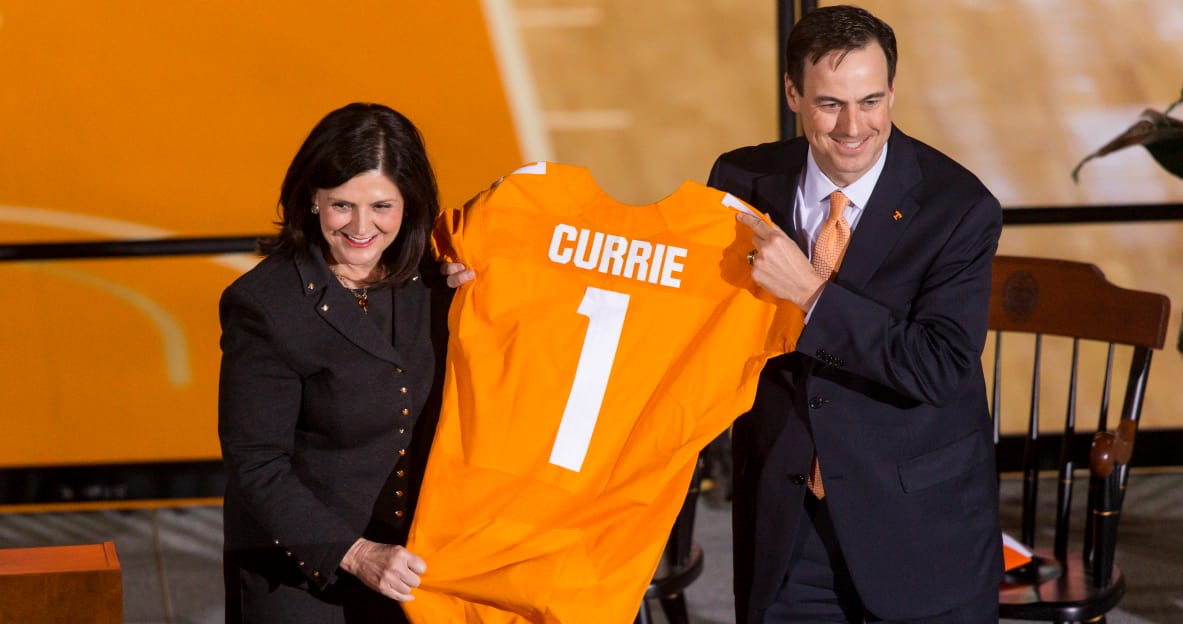 This situation going on in Knoxville is one of the craziest situations I have seen in a long time, there is plenty of blame to go around and many people deserve it. If you ask me, I believe the fans deserve the most blame! There is no way that it should be this hard for the University of Tennessee to hire a head football coach. I understand that Butch Jones wasn't the right man for the job, but the way he was treated was out of line. You have the Butch dumpster fire on top of the way that this fan base went after Greg Schiano, and now fans are sitting back wondering why nobody wants this job??? Open your eyes Vol nation!!!

I understand that you did not like the Greg Schiano hire as a football coach, but to go after a man like that and completely tarnish his reputation is just absolutely wrong. If you do not remember there was one of the biggest investigations in college football history into the Penn State football team. With the FBI and many other law enforcement agencies involved in the investigation, his name was cleared. Do you think he would have a job right now if he had anything to do with the Penn State scandal? It makes me sick that this man has worked his tail off as a coach just to be thrown under the bus and will most likely never get another job because of lies told by Tennessee fans.

John Currie does deserve a little bit of the blame, I believe as a man and a leader he should have made a decision and stuck with it. If he would've just stuck with the Greg Schiano hire he would have taken some heat for a week or so, but the fan base would calm down and get behind the team. As athletic director of a big time school in Southeastern Conference you can't watch social media when it comes to making these kind of decisions. The fans won't lose their job based on the football coach hire, the AD will. If he felt like Schiano was the man than he should have pulled the trigger and hired him, and told Vol nation this is the man for the job. Now that you have listened to the fans on social media everyone knows that you have no back bone, every decision you make from here on out will get questioned.

Moving forward I believe this situation is going to cost Tennessee a fortune on the bottom line. They had to pay Butch a boatload to leave, most likely will have to pay a buyout for the next coach, and I believe Greg Schiano is going to hit them with a big lawsuit after running his name through the dirt. Tennessee fans need to look themselves in the mirror and just think about how hard of a job it is to be athletic director. Every move he makes is out in the public eye,that is not easy! Not to mention you just went 0-8 in the SEC and you think coaches are supposed to get in line to take this job? They see how other coaches were treated, fans are not only turning away coaches, but I have heard from a 4 star recruit he will not attend UT because of this situation. Vol nation, trust in your athletic department and whoever they hire support them!