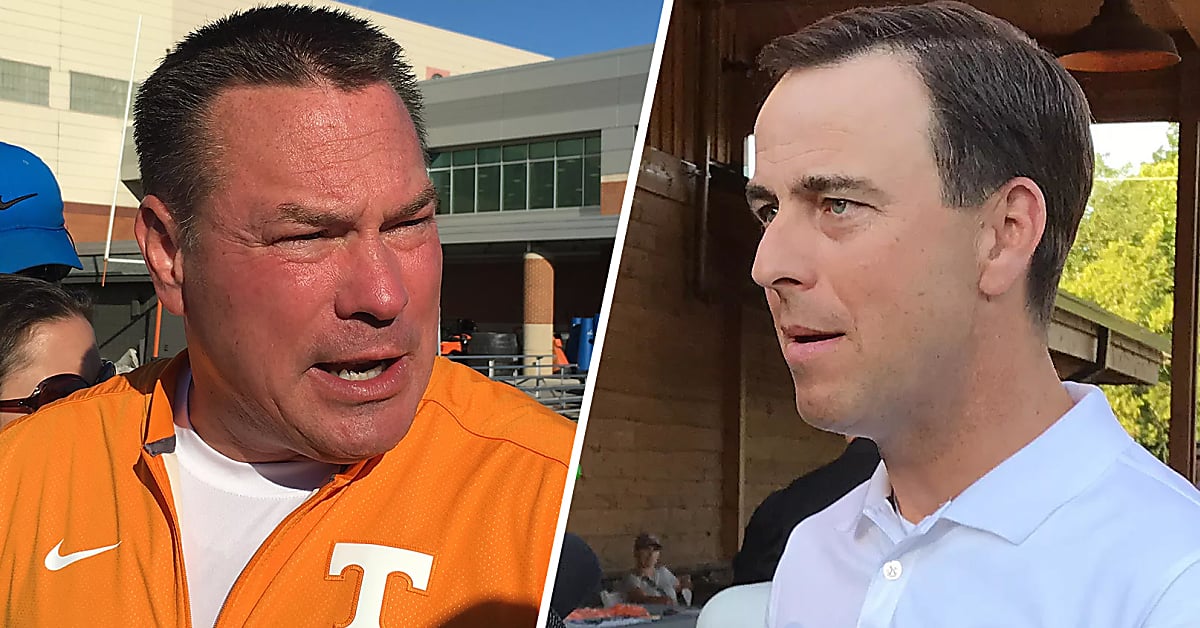 The circus in Knoxville, Tennessee continues! Fans don't be surprised if tickets to Neyland Stadium sky rocket for the next few years. I also hope that the next athletic director has a background in sales, because he is going to need to sell to the boosters they need to donate a fortune to get them out of this mess. The firing of Butch Jones is costing Tennessee 8 million dollars, there will be a buyout given to John Currie being terminated after only 8 months. After Tennessee has made a mockery of this coaching search they are now going to have to overpay for the next coach, and most likely a buyout from another school. I think a lot of people are forgetting this, but I believe there will be a large lawsuit Tennessee will have to pay to Greg Schiano.

I believe Tennessee owes Schiano an apology as well as a boat load of money. The accusations and lies that the Tennessee fan base, and Tennessee politicians spread about him were just wrong. Going forward there is no way that this is not going to hurt his future, it will cost him jobs as well as money. Once your name is tarnished and drug through the mud even if its false that is hard to come back from. Coach Schiano was vetted by the Penn State, Ohio State, the FBI, as well as many other law enforcement officials, but I guess Vol Nation knows more than the FBI and every other institution who vetted him.

Vol nation, you got what you wanted. John Currie and Greg Schiano are no longer employed by the University of Tennessee, but will you be better off going forward because of it? This is the reason I will never have and the reason I absolutely despise social media. People can hide behind a keyboard and say whatever they want, with no consequences. You have crushed multiple families and uprooted them because you made up things simply because you didn't want him to coach your football team. I understand being a passionate fan base but doing it at another man's expense is just wrong. I hope everyone impacted by this bounces back and recovers from this nasty situation!