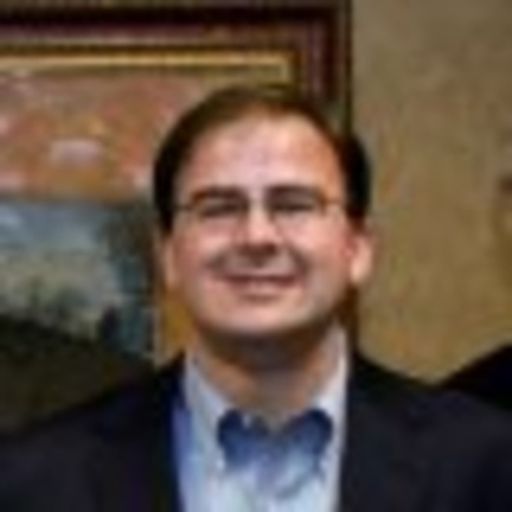 Yep, you caught me. I blew it again. Feel bad about it. Trying not to. But Christians admit that we miss the mark every day. We are made in God's image but we are so corrupted that our sin requires God Himself to give us His clean record thru the cross. Glad He gives grace freely because I certainly need it!

Let's take a break and show some love to our Memphis Tiger friends.

At lunch today I heard Jason and John on 92.9 ESPN Radio seriously discussing whether Memphis could still make the tournament.

I’d like to surprise everyone and answer that question with an Emphatic YES.

If Memphis plays hard on defense and takes better care of the ball, they have the talent to take advantage of the extra possessions they’re giving away and attack the basket. Penny is a great in-game coach and Larry Brown (the only coach to win an NBA Championship and an NCAA Championship) hasn’t really been needed this year.

Create enough frenzy and you can get enough points off offensive rebounds to pull out close games against much less talented teams in the AAC. I know they are 7th in this mediocre league. But they can absolutely string together more wins than losses over the balance of their schedule, especially since several are against 100+ teams at KenPom. They are 9-8 after tonight’s home loss to SMU but they definitely can finish with a winning record.

So, if Memphis fans think I am down on them after such an incredibly disappointing season after landing the #2 recruiting class in the nation, then they are absolutely wrong.

I still think that Memphis can make the NIT tournament.

Wait. What? You guys were talking about the NCAA tournament on the radio?

He didn't have the jump hook until he got to TN.

He couldn’t make the floor at Arizona State. Barnes has brought him along. Wish he had a higher floor and higher upside. Good kid.

The money and weaponization has always been there. It's just been under the table.

If UT thinks that it’s not something they need to employ, then they are going to miss out on top athletes in FB and Hoops. It’s naive.

I AGREE 100% ABOUT CAPS LOCK AND YOUR FANDOM. No one can question your loyalty Snapshot

But Fulmer’s seen the tractor trailer loads of cash that this university has doled out to coaches and ADs over the years. He’s just too smart to walk away from that much money.

I hope no one would question my loyalty if UT wanted to pay me millions to not-work.

You make a foolish assumption in your reply to us. You assume that we didn't read the article.

I read the article and I didn’t care.
I read your reply and I still don’t care.

"high caliber" and "Pac-12" don’t belong in the same sentence unless you are talking about USC, UCLA or (maybe) Oregon. Even then you are rounding up to include them among the nation’s best.

2029 and 2030 are so far off in the future that we need to target 4th and 5th graders with this schedule announcement because it’s their peer group who will be playing in this game. (Yeah, 10 year olds)

Kids if you want to get excited about the Vol Navy and the Washington Huskies: "Go play with your boats in the bathtub."

Thought I was being generous saying that I would start to care in five or six years – that’s 2027 or 2028 – that’s two years ahead of time. Maybe.

But right now I don’t care about this game.

commented on Tennessee schedules home and home with Washington, Jan 20, 2022, 8:28am EST

If he scores double digits against LSU, then I'll be happy

Nice guy. Good leader. Just not even a 3 star talent.

Guess I'll care in about 5 or six more years...

Rumor has it that he's switching sites. New handle Unlv713 if you want to keep the HB love going.

AAU ball isn't that dissimilar to NYC street ball, except on NYC streets a fight is likely to break out (with or without the basketball)

ZZ would be used to a bigger player trying to back him down or take him because of his height. He’s had to figure out ways to compensate – including being more physical and more mentally tough. If they sense a weakness in NYC, you are history.

May see more defense on the playground vs. AAU. Depends on the stakes $$$.

I tried to make it believable and a little bit amusing. Half right, anyway. (more believable than funny)

Plavsic scored his 11th point of the night - just looks like a typo. It isn't. But it looks like it should be.

That's hilarious. Not using LOL based on bans for others.

This story is completely fabricated. I made it up yesterday for the post.

Tenacjim's comment on Tennessee vs. Vanderbilt: How to watch,

We pick up the story in June of 1950. Vanderbilt’s campus needed a little spicing up after the rigors of WWII and wear from all of the GIs returning to take advantage of the GI Bill’s free college education. Edwin Keeble and Joe Morrison were old VU fraternity buddies, which basically means they were Vandy alums with a whimsical propensity for practical jokes and adult beverage consumption. The last couple of times Joe and Edwin were together, Joe had been bragging about having the inside track on the new gymnasium and concert hall. Edwin had enough of that talk and decided to have a little fun with his buddy, Joe.

Ed had his architectural firm put together a parody design with a raised basketball/concert floor. He put the basketball benches at the end of the court like his kids games at the local YMCA. He worked with the university president to have the design submitted, so they were both now a part of this inside joke.

Later that month, the two architects were among a group of powerful businessmen/alumni playing poker at the university president’s house. There was a fair amount of braggadocious talk from Joe about the superiority of design of the new gym, which was on the university board meeting agenda for the next morning. Edwin would have none of it and he came back at Joe with an equal measure of confidence, bordering on cockiness.

Things got a bit out of hand and they had a big pot going near the end of a very long evening. With the drunken blessings of the university president and the boosters, the two architects wagered the winning design as the final item on top of a big pile of cash. Both guys pushed their designs all in.

Joe had designs on a 10-high heart, straight-flush draw. Edwin was confident that Joe was bluffing. He was close to a royal straight himself, if he could just see a Jack on the River. Neither got the card they needed. But Edwin’s design carried the day based on his Ace high.

The fun didn’t stop there as the stories and ribbing continued with more alcohol consumption until it was time for breakfast the next morning. Naturally, the group was still inebriated when the board meeting rolled around. They carried the joke thru to the end and awarded the gym design to Edwin.

Because the story was so embarrassing, no one admitted to how the design was chosen until 25 years later when an obscure biography about Edwin’s life was finally published with quotes from Joe and the university president, detailing the story.

Most people don’t know that the Memorial Gym was built in 1952 because of a drunken bet at a poker game and a parody design submittal.

This story is as true as anything else you will find on the internet about Vanderbilt’s sports legacy.

i dont buy any of this.

Uros is the biggest leader? so what! he’s not that talented.

‘Shack is the other leader? he’s a role player

looking for leadership in the wrong players

That is the worst thing I've read about Tennessee this year.

It was obvious last year that Keon and Jaden didn’t help the chemistry or the leadership. The fact that Barnes is saying it about this team is really disappointing.

When you hear that sort of thing, just roll out the trash bin and toss the season into it,

Chosing Uros over anyone is a mistake. Sorry, Coach Barnes, but he's just not that good.

They were white-hot and completely unstoppable. Crazy as it sounds – the defense wasn’t as bad as the stats would lead you to believe. UK just has a bunch of pure scorers who can create their own shots and make buckets with a hand in their face.

They are a Final Four team and we are a first weekend team.

We remain overrated. I thought we should be somewhere between 10-20 coming into the season but we are middle of the pack in the SEC and 25-35 nationally.

As with most visits to Rupp, it will take a special performance by the Vols to walk out with a W.

Something like what we saw against Arizona and UNC.

Something that makes us reflect on Grant Williams’ team.

I kinda like these transfer profiles. Get to know guys on the team that I'd never heard of. Good luck